Whilst the 1st of November is the day that Nexus 5’s wing their way into the hands of  the masses; the 1st of November is also the day that iGoogle users have been dreading ever since the 3rd of July 2013, which was when Google announced that the iGoogle homepage was on life support and that they were going to pull the plug, sending  iGoogle to the great big network in the sky. As with the demise of Google Reader, this was another way of getting users to switch over to using Google Plus as their home page.

You may ask, why is this mentioned on an Android-centric site? Well, I, like many others, used the iGoogle dashboard on all my devices and we’re pretty sure that more than a few of you out there will miss iGoogle.

So iGoogle is gone, dead, kaput. Granted, the closure of iGoogle won’t have have the same angst inspiring effect as when Google killed off Google Reader, but to me, and to many others, iGoogle’s demise is an unwelcome event. It was where our web experience began when opening our favourite browser, where everything I wanted to see or read was collated via widgets and news-feeds, ready to view.

For me, it was where Garfield greeted me every morning with his antics, where I viewed the stock market and wished I’d bought Google stock way back when, and where I read the ever-depressing news before checking emails, Facebook and Twitter. For others it was the ability to customise their web page with widgets, news-feeds and even games such asPacman or even Super Mario. Sadly, when I open google.com/ig on my browser today, the tab opens straight on to the Google search page.

Despite all the warning notices from Google every time I opened up the iGoogle homepage, telling me that iGoogle was going to disappear in 31 days and so on, until yesterday where I was shocked to see iGoogle only had 1 day left. It was brutal, but it made me realise that I needed to find a replacement.  And despite previous rumours that Google would be replacing iGoogle with a desktop version of Google Now, an official replacement hasn’t yet appeared.

Netvibes is compatible on any device, Android, desktop browser and even the iDevices, and promises to be a dashboard for all your apps, pics and tweets. Netvibes Basic is a dashboard+reader in one, and is free for home users. Its organized into tabs, with each tab containing user-defined modules. It’s a very customisable experience with the further option of applying themes.

Startme appears to offer an experience slightly more similar to iGoogle,  allowing you to create your own personal browser startpage with your favorite bookmarks and RSS feeds, with the startpage being stored in the cloud and thus being accessible from any device. Startme say that widgets are in the pipelines and promise to be ad-free. 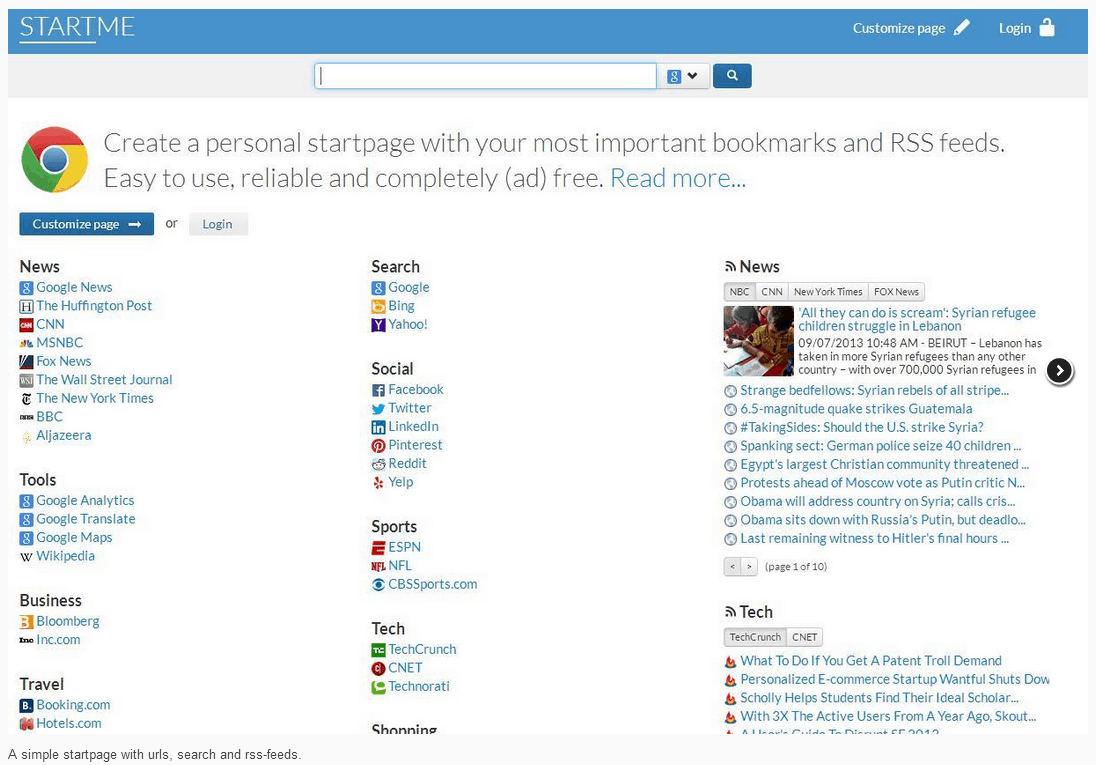 igHome seems to be a very easy to use iGoogle alternative, you basically navigate to igHome.com, and you’re transported to a iGoogle-like webpage. igHome doesn’t offer as many options as the Netvibes or Startme solutions, but it’s quite simple to use, and requires very little set-up time. 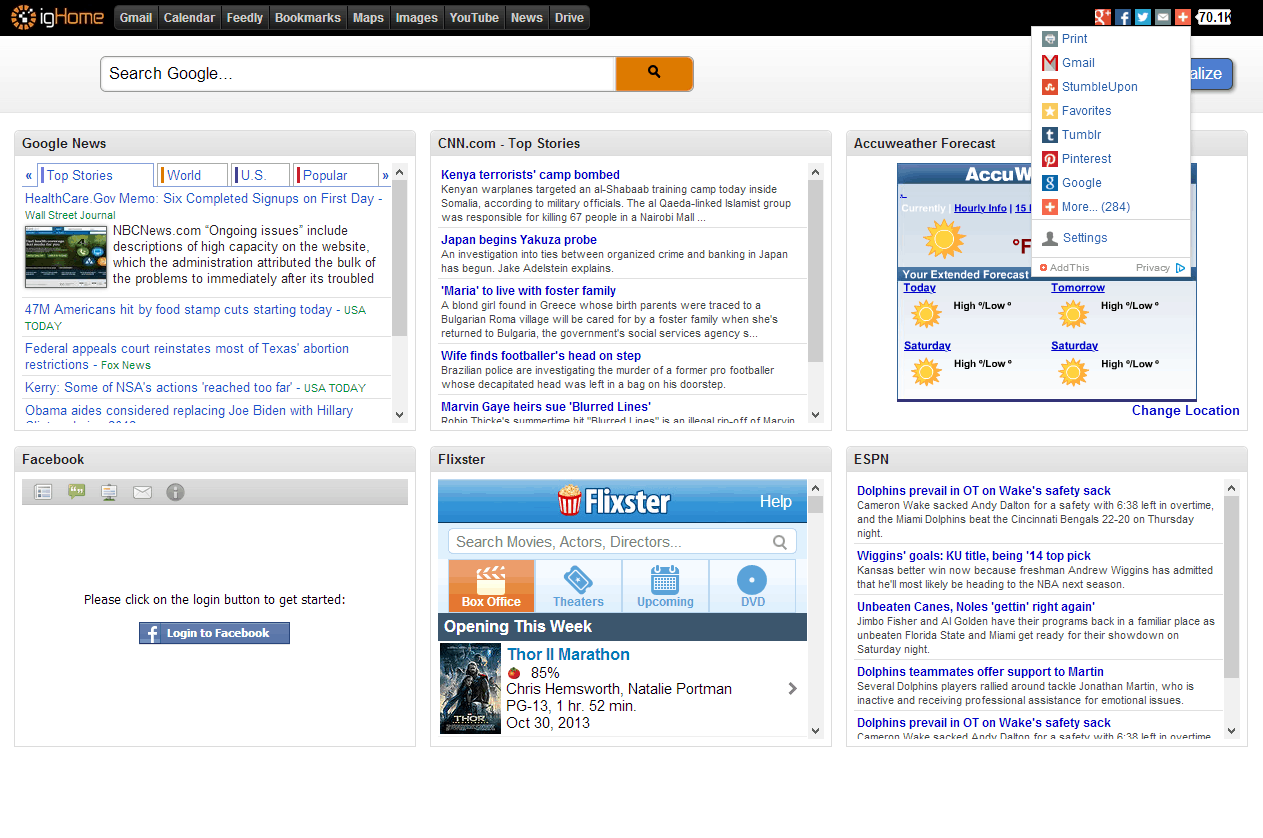 There are numerous other alternatives available. But for the next few days, I will be testing igHome on my devices, for no specific reason other than it’s ease of initial set up. What alternative will you be using on your devices? Let us know your favourite one in the comments or via our Google Plus page.