Skip to content
Trusted By Millions
Independent, Expert Android News You Can Trust, Since 2010
Publishing More Android Than Anyone Else
2
Today
286
This Week
89
This Month
8264
This Year
125747
All Time 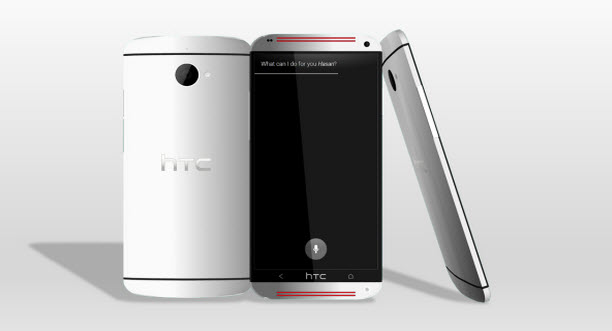 Last night, @evleaks let us know that the HTC M8 will be hitting all four US carriers in Q1 of next year. Although this really isn’t news since we already knew that. The HTC M8 is the successor to the HTC One which actually did pretty well here in the US. Now it didn’t outsell any of Samsung’s devices, but that’s a tall order anyways since they spend so much on advertising. Which is possible when you are selling millions of devices per day.

Earlier in the week we had heard some of the specs for the HTC M8. Which included a 5 or 5.2-inch display. Which I’d expect to stick to 1080p or higher. Along with a Snapdragon 800 processor and 3GB of RAM. I’d also expect it to have 32GB and 64GB of internal storage and possibly a microSD card slot like the HTC One Max had.

We’ve actually been seeing the M8 codename running around the interwebs for a few months now. We’ve heard both that it’s a standalone device and that it’s the successor to the HTC One. I wonder what they’ll call it? The HTC Two? Maybe the HTC One (2014). Who knows but I’m definitely excited about this.

If the HTC M8 does hit all the carriers in Q1, it would have to be a CES announcement or shortly after. Since Q1 is January to end of March, and only Google has been able to announce a device and have it available the same day, it’s going to take time getting them to carriers, and other retailers for a launch date. I’m really hoping that the M8 can help out HTC, as I don’t want to see them go away anytime soon. But they need to make great devices, and tell their customers or potential customers why HTC is better than Samsung or LG, or Motorola, or anyone else.