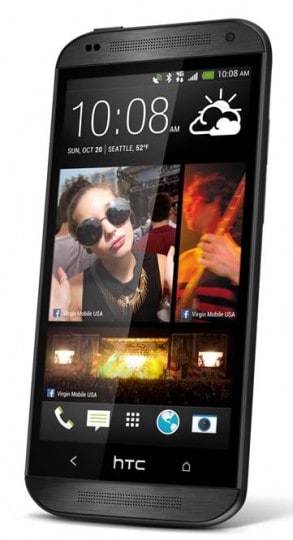 One of many MVNO's or prepaid carriers on the Sprint network, Virgin Mobile has picked up another device. This one is from HTC. It's known as the HTC Desire 601 in many other parts of the world. But here in the US it'll be known as simply the HTC Desire. It's a mid-range device available on Virgin Mobile for $279. That's the full price of the phone since you are not under a contract. So it's good to remember that you're not tied to Virgin Mobile for two years. Virgin Mobile's plans start at $35 per month and go up from there. Which for a smartphone, that's not a bad monthly bill.

The HTC Desire sports these specs:

But that's not all. You'll probably notice how the HTC Desire looks a lot like the HTC One, at least from the front. Especially those front-facing speakers. Yes, the HTC Desire 601 does have Boomsound. Which is amazing. Right now I'm reviewing the HTC One Max and I love Boomsound, of course it's crazy loud on the One Max anyways. It also has Blinkfeed, HTC Zoe and Video Highlights on board. Although it doesn't have an UltraPixel camera, so to some the camera on the HTC Desire will be better than the one on the HTC One. 4MP on the One compared to the 5MP on the Desire. Yes the 4MP camera on the One has bigger megapixels, but it's still only 4.

So for all the HTC lovers out there that are on Virgin Mobile, you've got another choice now. How many of you are going to go grab this one for $279? Let us know in the comments below.