The perk to this device, as we mentioned before, is that it is a standalone smartwatch. This means that it operates on its own 2G, 3G, and GPS systems. However it is a bit odd, not only in the way it looks, but it has a Windows Phojne-like user interface. Which doesn't sound odd at all, but the GooPhone Smartwatch is running Android. You do have access to the Google Play Store and everything, its just the UI looks like something from a Nokia Lumia. 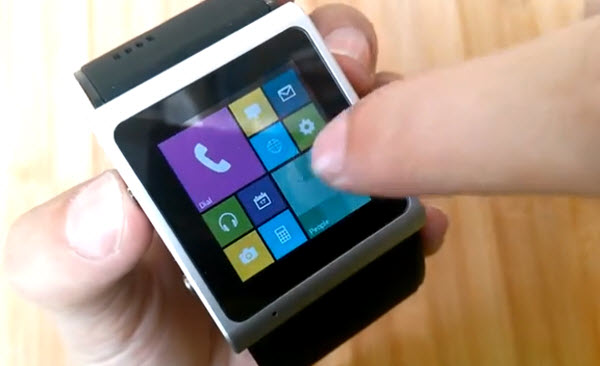 As of the original report, the GooPhone Smartwatch was to have a starting price of $249.99 for the 2G GSM quad-band market, and $299.99 for the 3G WCDMA network version. The reason we bring this smartwatch back up, is that the smartwatch is now available. Our last report showed that it was available for people to pre-order and be shipped within 5-7 days, but now it's here. No longer will you have to wait for 5-7 days to receive this device, that is if you were interested.

Even though the smartwatch is not the best looking device we have seen in its market, it is standalone. That alone could be enough to make sales, but the question here is will it turn the company around. They have had a bad image of the copiers, solely for the amount of devices they have released that look extremely identical to the iPhone. Their take on the smartwatch, seems to be their own though. 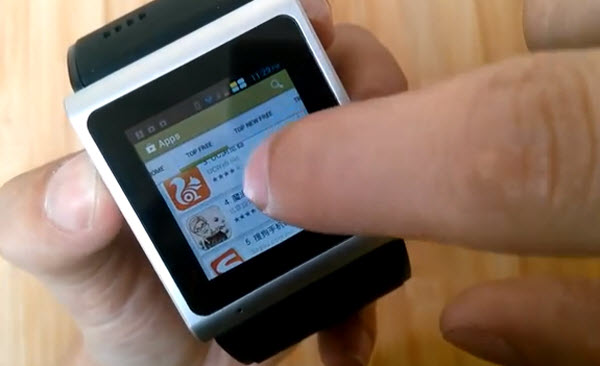 This could have been a strategy to get well known, or it could be just an attempt to gain some sort of validity within the tech community. Either way, the GooPhone Smartwatch definitely has our attention, and we will have to wait and see how sales do, and what the consumers actually think.

Trusted By Millions
Independent, Expert Android News You Can Trust, Since 2010
Publishing More Android Than Anyone Else
4
Today
4
This Week
251
This Month
899
This Year
102379
All Time
Advertisement