Skip to content
Trusted By Millions
Independent, Expert Android News You Can Trust, Since 2010
Publishing More Android Than Anyone Else
9
Today
49
This Week
516
This Month
6273
This Year
116251
All Time The Chromecast by Google, arguably the most affordable entertainment system in the World (and their replacement to the Nexus Q), launched this past Summer to critical acclaim. Being able to stream Youtube videos, Google Play Movies & TV and Play Music, along with Netflix from an Android or iOS device (not to mention being able to live-stream a Chrome Window from your PC) for only $35 is a huge deal. And while Hulu and Pandora updated support for the Chromecast rather recently, there is still a small selection of apps available. 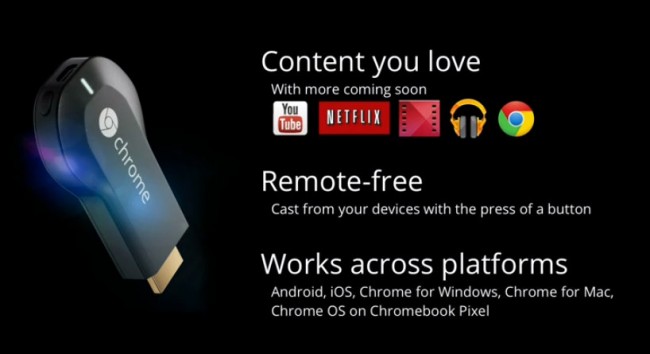 What’s even more interesting than that however is the information Digital TV Europe dug up saying that the Chromecast might begin selling internationally very soon. Google has allegedly been seeking out people experienced in Marketing, account management, developer advocacy in London, Paris and Hamburg as well as South Korea and China in Asia. On top of that, the company is looking to hire a manager who is “passionate about launching consumer products in international markets”. That sounds pretty good to me.

The Chromecast is a significant but natural evolution in modern home entertainment as the internet is becoming more prevalent in households. Google’s first attempt at breaching this market with the Nexus Q turned ugly after the device was taken off the market almost immediately after it was launched (the company stopped supporting it this past spring as well), and Google TV has failed to go anywhere substantial in today’s market.

Google’s more affordable Chromecast is already doing significantly better, and I can only see things going well from here.