Between Google Glass and self-driving cars, Google has done a lot to make a name for itself as a company on the cutting edge of technology. Time to add another futuristic tech to that list, as Google apparently has a hand in the development of a flying car. Yes, you read that sentence correctly. According to SFGate, Mountain View-based stealth company Zee.Aero has been awarded a patent for such a car, and their location in California puts them in a position to take advantage of Google’s seemingly limitless resources. 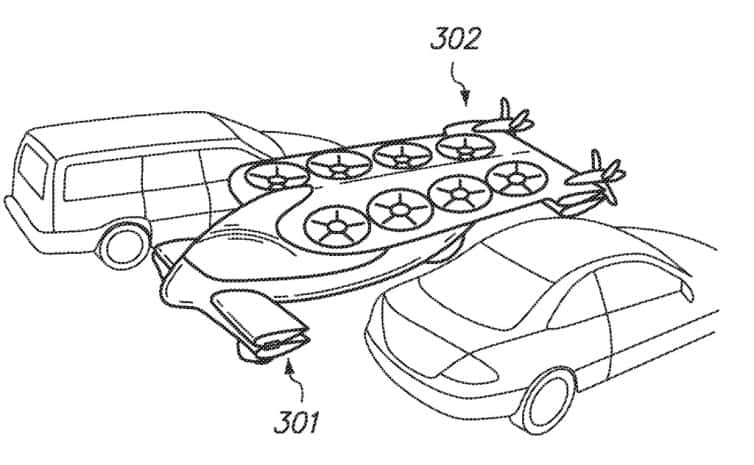 Google has supposedly shown interest too, as unnamed sources have told SFGate that Google is involved with the project in some capacity. Just what Google is doing to help make the dream of flying cars a reality is unclear, but it isn’t much of a surprise that Zee.Aero’s aspirations have caught the massive company’s attention. Zee.Aero can’t necessarily be considered tiny, either, as SFGate performed a LinkedIn search and found 52 people who are presently employed by the company. Add to that 11 open job listings that all have to do with mechanical and aeronautical engineering, and it becomes clear that Zee.Aero is plotting something. 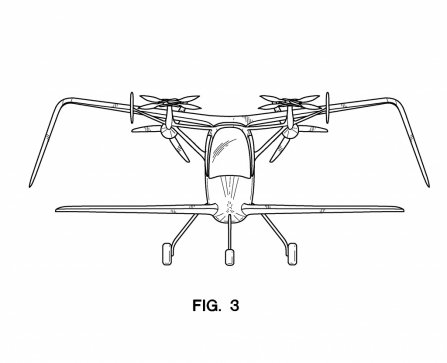 The car itself doesn’t exactly look like it jumped out of the year 2500, but it’s important to remember that the figures and diagrams which accompany the patent filing are early concept designs. If we ever see a Zee.Aero-branded flying car hit the market, it seems safe to assume it’ll look vastly different from the car we see in these concepts. In any case, the car features a total of eight rotors on top, which help the car lift off the ground like a helicopter. Once the car is hovering, two rear propellers help get it moving. Zee.Aero envisions a flying car that will be battery-powered, which means no swooping up to a gas pump and turning the heads of everyone at the station.

So, there you have it: Zee.Aero has apparently turned its sights toward flying cars, and Google might want to help the company out. It kind of goes without saying at this point, but we probably won’t see these flying cars zipping through the air anytime soon. That being said, if Zee.Aero does indeed have the backing of Google, it has to be doing something right. It’s unlikely that we’ll be hearing anything about this in the immediate future, but we’ll keep an ear to the ground – or perhaps an eye to the sky – nonetheless.