The Google Search app on your phone is more than just search. It also includes Google Now and, at least on the Nexus 5, it includes the launcher as well. This week, Google pushed out an update to the app, for everyone running Android 4.1 and above. Additionally, they've made some improvements to the Google Now website. With the redesign, Google is using videos and some animation to show users how Google Now cards work, and how easy they are to use. The thing is, Google doesn't explain what is needed in order to power Google Now. However, most of us already know that Google is collecting a ton of information from everyone. Which is what is being used to power Google Now. It might sound freaky, or an invasion of privacy, but you'll get used to it.

Google also shows how to get to Google Now on the new website. They show you how whether you're using Android or iOS. Remember Google Now is part of the Google Search app on both Android and iOS. The site also lists all the available Google Now cards, which we all know there are a ton of them, and Google is adding more and more. 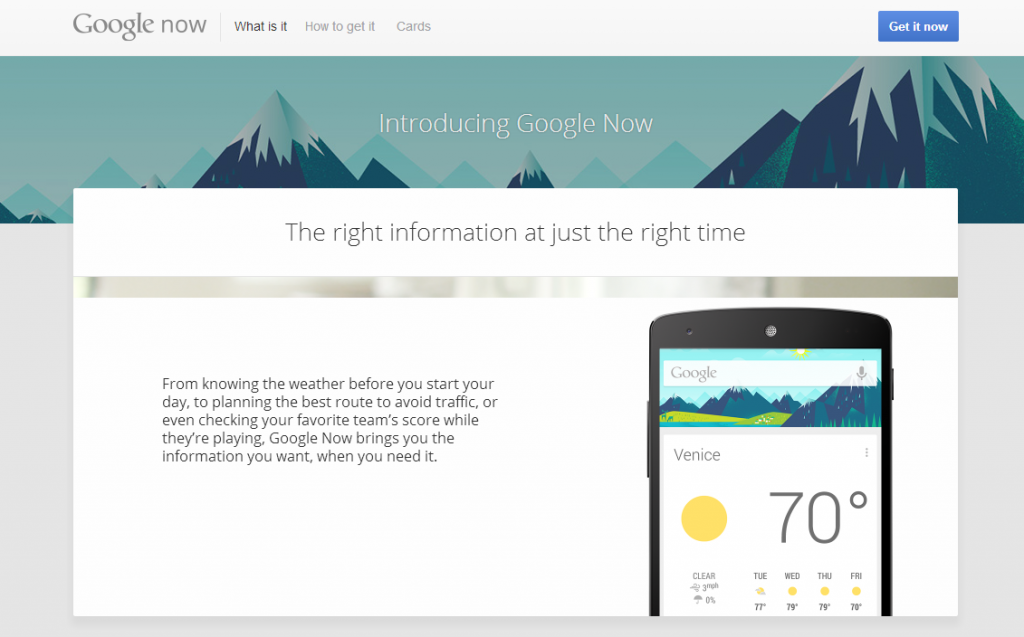 Most of you probably already use Google Now, but it's still a good idea to check out the new site and brush up on Google Now. There are cards there that I didn't know existed. You can check out the new website here, it's still at the same address.  If you haven't been using Google Now, you're only excuse is that you're not on Android 4.1 yet. Google Now is an amazing tool. At first I was only using it for Weather, but now that you can track your packages, check your calendar, plan your commute and so much more from Google Now, I use it a ton. How often do you use Google Now?

Advertisement
Trusted By Millions
Independent, Expert Android News You Can Trust, Since 2010
Publishing More Android Than Anyone Else
0
Today
130
This Week
247
This Month
896
This Year
102376
All Time
Advertisement