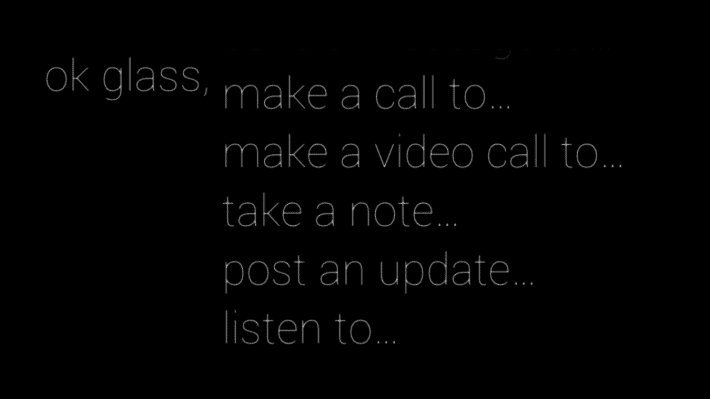 I have been a Google Glass Explorer for over 5 months and I am constantly blown away with what the technology is capable of. As we have mentioned in previous posts, Google has been known to hide a few features in each of the monthly Glass Updates. Normally these hidden features are found by glass users after tearing apart the firmware and reading the strings in the resource files.

Thanks to a hint left by a Googler, the latest feature that Google has been working on has been discovered ahead of the official announcement, Google Play Music is coming to Glass. The best part of this news is that it works now with a simple APK Sideload. You do not need root access to enable this feature. If you are a Glass owner, you can find the instructions to enable this feature at the end of this article.

Upon launching the application, you will be prompted to name a song, band, album or playlist and the application will automatically search your library for the song and begin playback. By tapping on the "Now Playing" card in your timeline, you can skip songs, pause the song, adjust the volume and even launch Google Play Radio. All of the functions work as expected.

While the music is playing, you are presented with the same Album art that can be found on the Android version of Google Play music. Unfortunately it seems that the only missing feature is the ability to use the thumbs up/thumbs down functions present in the desktop/android clients.

From our testing, the application works perfectly. Aside from the limitations of Glass's speaker, the only issue comes to battery life. After 20 minutes of listening to glass, my battery dropped from a full charge to 85%. No doubt, you would want to carry a USB Battery Pack if you plan to listen to a lot of music. There also does not appear to be any offline support for this application.

– Scroll to "Turn on debug"

3) Download the Google Play APK file to your computer