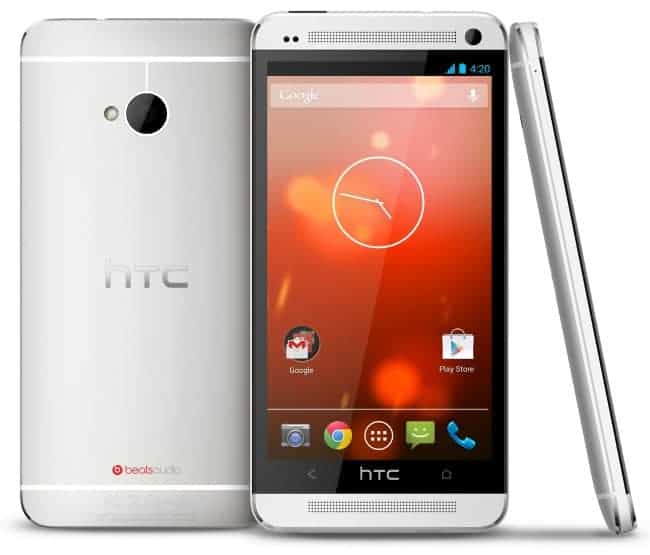 When Google announced the "Google Play" editions of the HTC One and Galaxy S4, we were all pretty surprised and excited at the precedent set by HTC and Samsung. While their unlocked prices were nothing like the Nexus 4 at the time, and even today's Nexus 5 now, that was hardly surprising. What was surprising was that there was now a way to get arguably two of the best devices on the market with stock Android installed, unlocked booloaders, the whole nine yards. For those using the HTC One Google Play Edition however, things haven't been exactly perfect.

Over at Android Central, a forum user asks the very interesting question of just why they weren't getting as good a data connection as the T-Mobile version of the HTC One that the magenta carrier stocks and supplies. The answer to this is pretty straightforward and even after all this time it's a little surprising of HTC, really. In the Google Play Store, the HTC One is listed as being "compatible" with AT&T and T-Mobile" and lists the following frequencies:

So, the device is definitely compatible with T-Mobile but, there's one key frequency missing from that list, which is the 1700/2100MHz (AWS) for HSPA+ band. T-Mobile works with 1900 MHz and the 1700/2100 MHz combo. In most parts of the country, 1900 MHz is left to EDGE or 2G data, and the 1700/2100 MHz band used for 4G LTE and HSPA+ is being moved to 1900 MHz. However, in parts where 1900 MHz is still being used for 2G, you're likely to not get very good coverage when it comes to 4G or even HSPA+. It's pretty strange but, the two versions of the HTC One do have very small differences when it comes to hardware and the radio bands and frequencies that they support.

This sort of thing is frustrating but, it's nothing that won't get better over time. As T-Mobile begin to move away from 2G data and move 3G or HSPA+ onto the 1900 Mhz band, users with the Google Play Edition of the HTC One should find that their data coverage improves. Savvy consumers will have no doubt already looked into this before they bought the device but, it's nice to get a definitive answer on things.