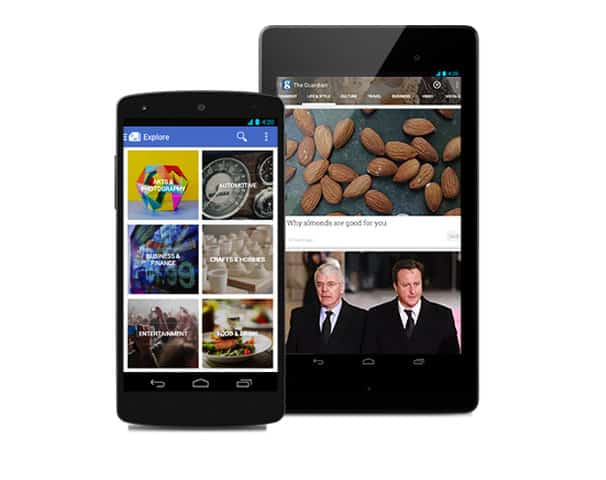 We've been hearing that Google Play Magazines was to be replaced with this mysterious Newsstand app for some time now, after all Google isn't great at keeping secrets but now, they've come clean. In a somewhat abrupt announcement, Google Play Newsstand is finally here and it makes some significant changes to how we'll get access to News and Magazines from here on. Essentially, this brings both Currents and Magazines together into one new app. In fact, in countries where Magazines are available, that app will prompt you to upgrade to Newsstand and in other countries, Currents will be the app to change. This process is said to be happening over the next few days.

Right now, there's not a whole lot of info around but, Newsstand does pretty much what you think it does. It brings News and Magazines together. The Magazine side of things will be just as it always was and the news side of things brings in feeds a la Currents and also lets you add custom websites, like Android Headlines, for instance. Finally, Google has a viable alternative to the late Reader on Android. Currents was a decent attempt but, it was data-hungry and in a lot of cases, overly complicated and sluggish. 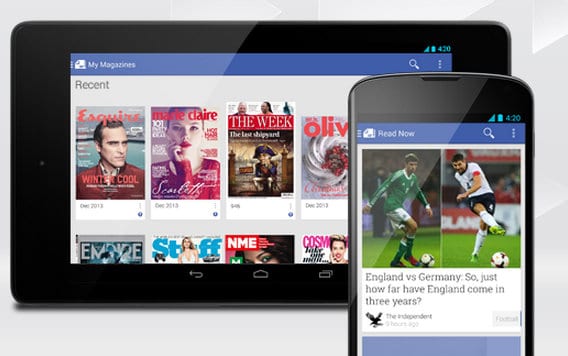 Through sections of Newsstand, like Read Now, you're given stories tailored to your likes but, also trending stories that are popular on the web. As well as this, Newsstand is taking a leaf out of Pocket's book and is introducing a Read-it-later sort of service. You can save an article to read later on no matter whether you're online or offline, such as our lengthy Nexus 5 review.

Overall, this is Google's attempt to get people reading more through Google Play and their partners. It seems like a great idea and maybe now, more people will be inclined to take up Magazine subscriptions on Android, now that they aren't a completely different part of the platform. The change to Newsstand should take affect in the next week or so but, some users are reporting the change has already happened. If that's the case for you, why not reach out to us in the comments below or over on Google+?

UPDATE: As Eric has pointed out to us on Google+, you can get access to Newsstand by navigating to Google Play Magazines in the Play Store on your device and hitting the Update button. This might not work for all of you but, it could be a quick way of getting access before waiting for Google to flip the switch.