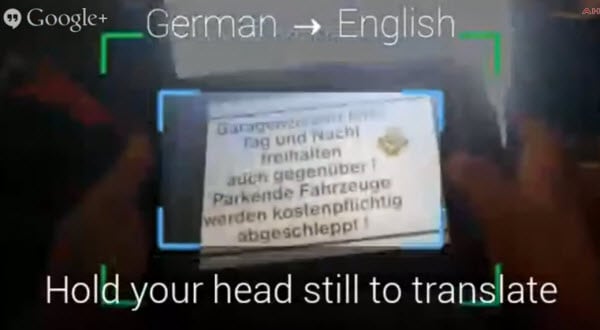 If you have read any of my articles on Google's Glass, you will know that I am a huge fan.  Some have said that Glass is just another gimmick from Google and it will never sell or be very popular – and all I can answer to that is, "what rock do you live under!"  The capabilities of Glass continue to grow with each and every update and each and every application that are developed by third party app developers.  One such case is the Word Lens Glass app, also available for your smartphone that uses the camera lens to capture the foreign words.

Google released their new Glass Developer Kit yesterday and, Quest Visual, Inc. got early access and developed Word Lens for Glass, along with several other apps. What is nice about this app is that it works in real-time and also has a local storage of about 10,000 words, so if your do not have an international data plan you can still translate the most common words; unlike Google's own app, Goggles, which requires a web connection.

The new GDK finally gives real power to the developers with access to the actual hardware on Glass – the camera, GPS, gestures, gyroscope, and accelerometer, whereas the original Glass Mirror API mostly helped with only notifications and sharing, so GDK is a huge improvement for developers.

Google has continued to allow more Glassholes into their fold and allowing current users to invite "friends" to purchase their own pair of Glass and participate in a giant "soak test" and developmental project all at the same time. There are about 10,000 users, which is a small sample even to a developer, but they appreciate the new GDK, as it allows them to easily translate or port over their current Android apps very quickly and with little hassle to the Glass format. 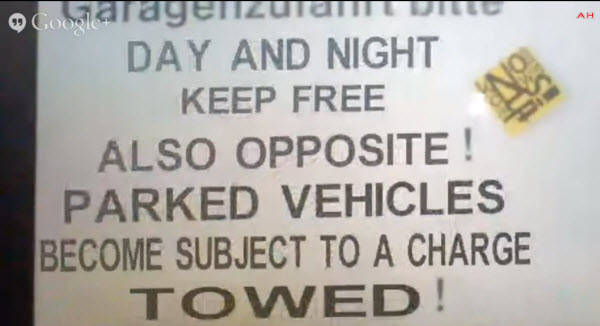 Below is part of a video of last night's Android Headline's live podcast that demonstrates how Word Lens works translating a sign on Keith's Glass – look around the 13 minute mark to view it. It is pretty amazing to watch as the translation in the still shots above, happen "live" as he allows us to watch what he is actually seeing on Glass. The translation appears directly over the other language, not off to the side.

Let us know in the comments or on Google+ how you feel about Google's Glass – are you excited about the device, or do you think it is just a gimmick?