Although this is not a new Glass Upgrade but it is just as exciting. Google has released a developer preview of the long awaited Native Glass Development Kit (GDK) to a group of invited Glass Explorers today. This GDK allows developers to skip the Mirror API and write software that takes advantage of the native Glass Hardware.

Unlike Mirror API based applications, Native Applications can run offline. Native applications can also poll hardware more frequently and even gain native access to the camera. The possibilities on what Glass developers can now do are potentially limitless.

Along with the GDK, Google took the time to show off 7 new pieces of Glassware that were all written using the GDK. The applications are; 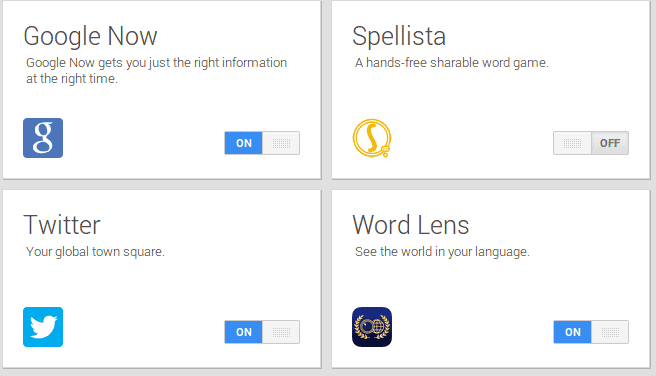 Finally, Google took the time to demonstrate how native Glassware can be installed. Glassware is installed in the same way as a standard Glassware application, via the MyGlass website or the MyGlass Android application, no sideloading necessary. Once you flip the switch in MyGlass, the APK and necessary cards are automatically pushed to your Google Glass.

In case you missed the presentation, Google was kind enough to record the entire event which can be viewed below. The most compelling demo of the power of Glass was featured within the first 10 minutes of the video. Glass (via the Word Lens Application) is translating foreign words in real-time.

The GDK is already available for download via Eclipse or the Android Development Kit. The Glass Team says that anyone who has developed an Android application should be able to create a Glassware application with a minimal learning curve.