The latest YouTube update seeding currently through Google Play brings up the app version to 5.3. But that’s not all. Hidden amongst the code is a short segment which hints at the future of YouTube. The fantastic guys at Android Police have torn down the latest YouTube apk and provided us some wonderful tidbits from its gooey center.

The aforementioned code segment references a Music Pass service, which would apparently allow subscribers to listen to “millions of songs” – totally ad-free, even while the app runs in the background. Subscribers could also pin content to the device for offline listening, though the content would expire if the device is offline for long periods of time. The code also hints at offline video playback, limited up to 48 hours of offline playback on saved videos. Video uploaders may be given the rights to specify whether their content could be stored locally or not.

Many listeners already use YouTube as their personal on-demand and free jukebox, seeking for and finding official music videos, albums and singles of major studios and artists. YouTube has been challenged to create an offering which would justify a subscription fee for this service. The Music Pass appears to be their answer.

The Music Pass was already in the works a long time ago – at least since March this year – as Google has been acquiring music rights and licenses since then. The first to jump on the bandwagon was Warner Music Group, which signed up in March; followed by Sony Music Entertainment and Universal Music Group. Licenses were acquired for Google Play All Pass as well as for a YouTube music service.

Music Streaming as a market segment is presently crowded with Apple’s iTunes Radio, Pandora and Spotify, among others. Google also has an offering in this segment – Google Play Music All Access which is also a subscription-based music service. In this light, it does not seem plausible that Google would create a rival service in YouTube Music Pass. 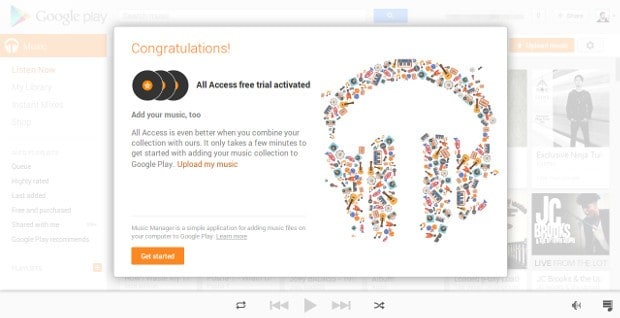 According to sources from Billboard, YouTube is hoping to release the service sometime later this year, which could “coincide with a larger redesign of the YouTube mobile app that would give users a simple, clean interface in which to listen to music, create custom playlists and watch videos at the same time.”