It's about time not just Google, but also manufacturers started to seriously focus on the performance of cameras on their Android devices. Gionee Elife E7 claims to be the best Android cameraphone on the market with a 16MP sensor, 1.34 µm size pixels thanks to its 1/2.3" sensor, and also a surprisingly high-resolution (8MP) front-camera (which could be useful especially for those who love taking selfies).

But the resolution may not be the best part about this phone's cameras. The super sharp images may come from its 5 element Sapphire lens from the Largan M8 solution that it's using. It's good to see that companies are focusing not just on high resolution but also having a large 1/2.3" sensor (although that suffers a minor regress with the 16MP resolution, and the pixels are not that big) and high-quality lenses.

Of course there's still the matter of software, and although the device comes with the AMIGO 2.0 Android skin, it's not certain just how much they've improved the Android camera software. We may just have to wait until Google provides OEM's with lower level APIs, so they can take full advantage of the camera hardware, before we can see truly impressive things coming out of Android smartphone cameras. 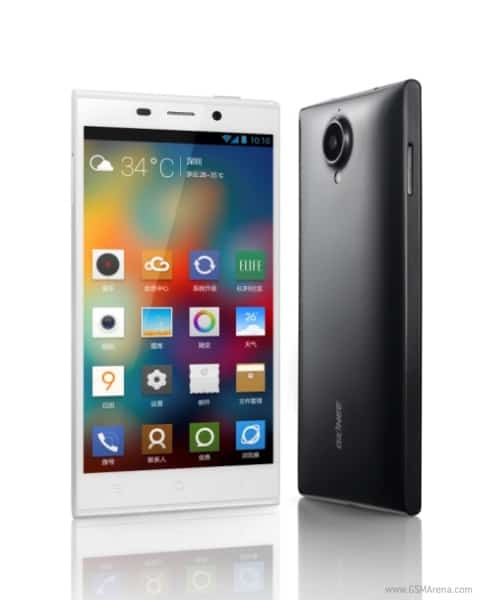 The Elife E7 smartphone also comes with Snapdragon 800 processor,  16 GB of storage and 2 GB of RAM, but there's also a 32 GB version that comes with 3 GB of RAM. This might be the first time we've seen device options split like this, with different RAM amounts, but it's an interesting idea if they want to make the base model cheaper, while also giving the power users an even more powerful option.  The 16 GB version costs  2,699 Yuan (about $443), while the 32 GB one costs 3,199 Yuan (about $525). Both models come with a 5.5" display with a 1080p resolution, Gorilla Glass 3, and are powered by a 2,500mAh battery.

We'll need to see the first reviews of it to really believe the claim that it's the best cameraphone on the market, even if its camera does look pretty good on paper. With any luck, 2014 will be the year that Android devices will truly begin to compete on camera performance, especially if we get to see a next version of Android relatively early in the year and with all of those low-level APIs that Google is working on.

Trusted By Millions
Independent, Expert Android News You Can Trust, Since 2010
Publishing More Android Than Anyone Else
18
Today
156
This Week
530
This Month.
530
This Year
110698
All Time