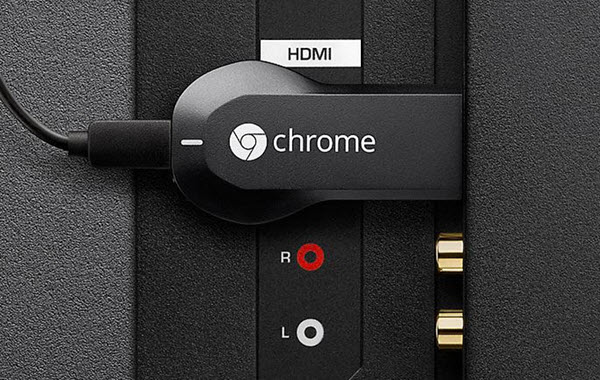 Google’s Chromecast was released back in July with little fanfare, but was immediately bought up at only $35 a dongle and sold out within hours in the Google Play Store.  It has slowly been adding applications to its list of functionality, but all of that will speed up very soon, as Google is readying a two-day “hackathon” for developers to test drive their new Google Cast Software Developer Kit (SDK). 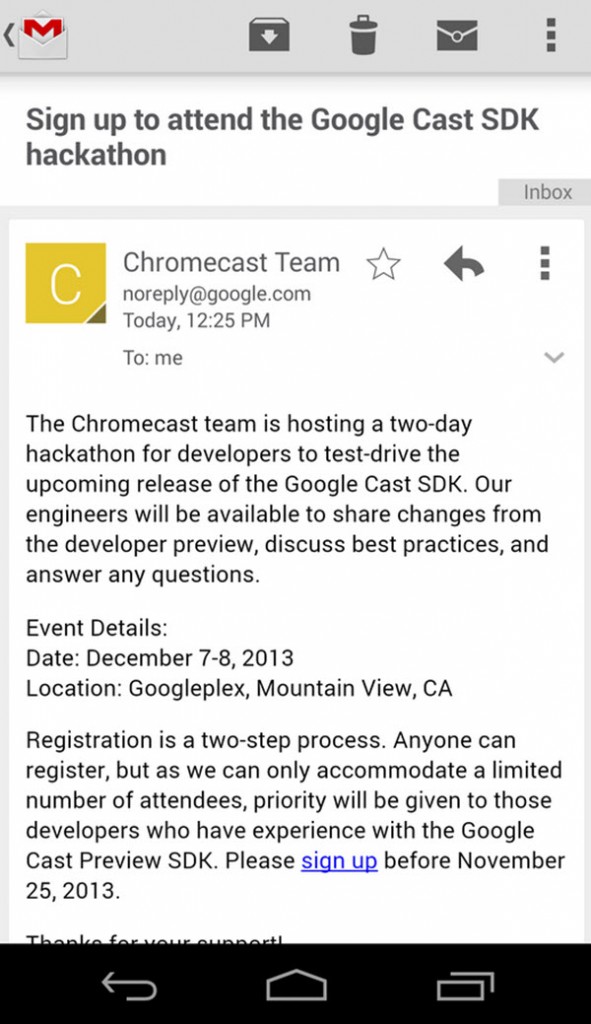 According to the email received, it will be an all-in-one conference to answers developer’s questions and preview changes.  It will be held December 7-8, 2013 at Googleplex in Mountain View, CA.  Anyone can register, but priority will be given to developers that have experience with the Google Cast Preview SDK and you must sign up before November 25, 2013.

With the beta SDK, developers were finding ways to expand on Chromecast’s functionality – it can already stream video from unsupported sites, sending video straight from your phone (or cloud) to your big screen TV, or streaming from your PC.  However, until the official Google Cast SDK is released, the developer’s hands were rather tied, as far as distributing their apps to us.

Google’s Chromecast is a low-powered processor that supports HD Video playback – it simply plugs into an HDMI port on the back of your HDTV and is powered by a USB port on the back of the TV. Once plugged in, setup is a breeze as you follow the on-screen prompts. It was limited when it first came out to Netflix and YouTube, with a promise of Pandora, which was finally fulfilled. Hulu Plus, Play Movies, Play Music, and recently added HBO GO are all official apps at this point in time, but with the two-day hackathon and the release of the official Google SDK, we should start to see more and more applications for Chromecast. I bought the device the first day it was announced and have found it most useful for casting from our laptop to our big screen TV, and I am excited to see what new apps will be offered.

Let us know in the comments or on Google+ if you already own and use Chromecast or are thinking of buying it, but waiting for more functions or applications to make it more useful.