Many of you that ordered your Nexus 5 on release day should be receiving it already or soon. Once you buy a new phone, you’re going to want to get some protection on it, like a case or a screen protector. So we’re beginning our top 10’s of different accessories for the Nexus 5. We’ll start out with the top 10 cases today. There’s plenty of ones available and even more coming. So we haven’t added every case into this list. 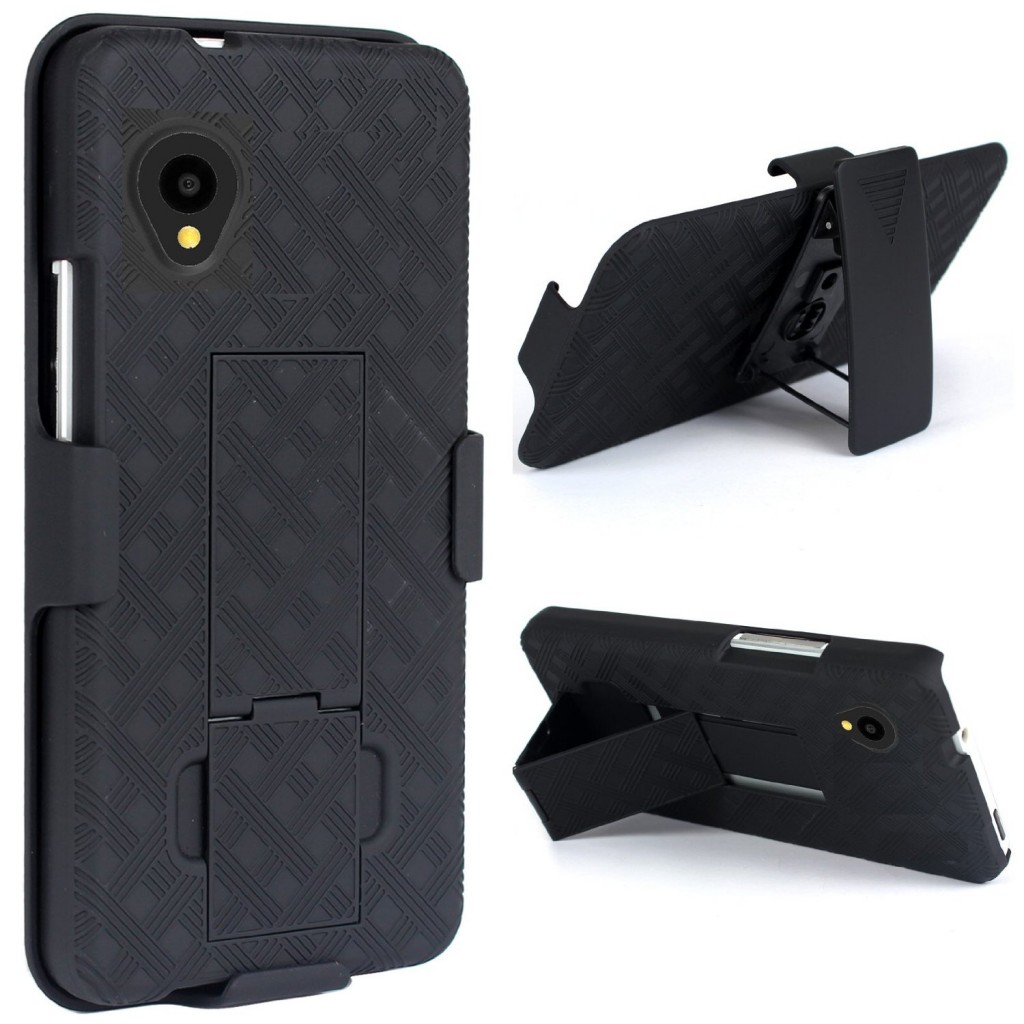 Maxboost has a nice holster for the Nexus 5. It covers the back and sides of the device and also has a nice kickstand on the back for you to watch your favorite movies and such. There’s also a belt clip, which is why it’s a holster. This one will be about $8 and will be in stock on November 15th. 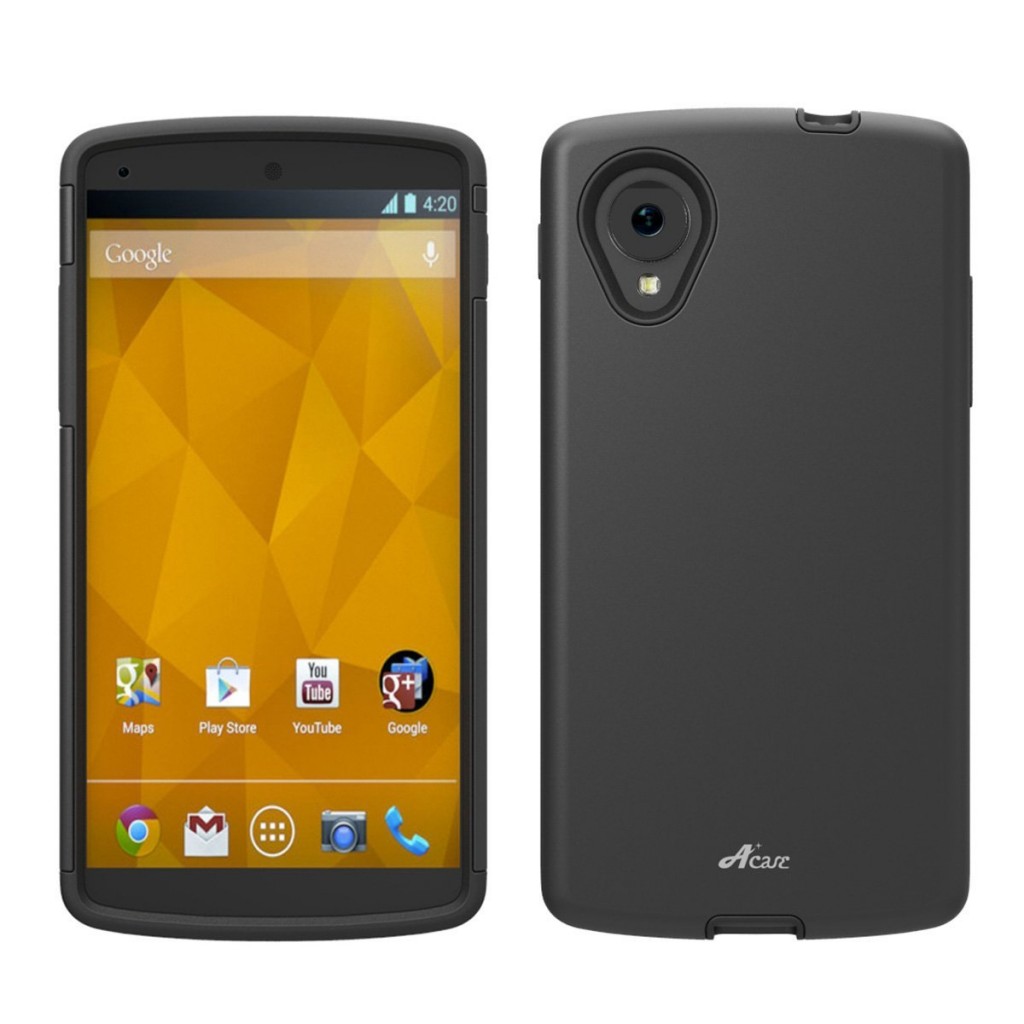 Acase has a couple nice cases for the Nexus 5. This one will also be in stock on November 15th and is available for about $13. It’s coming in black, blue, purple, red and white. Nice to have a variety of colors for a case for your brand new Nexus 5. 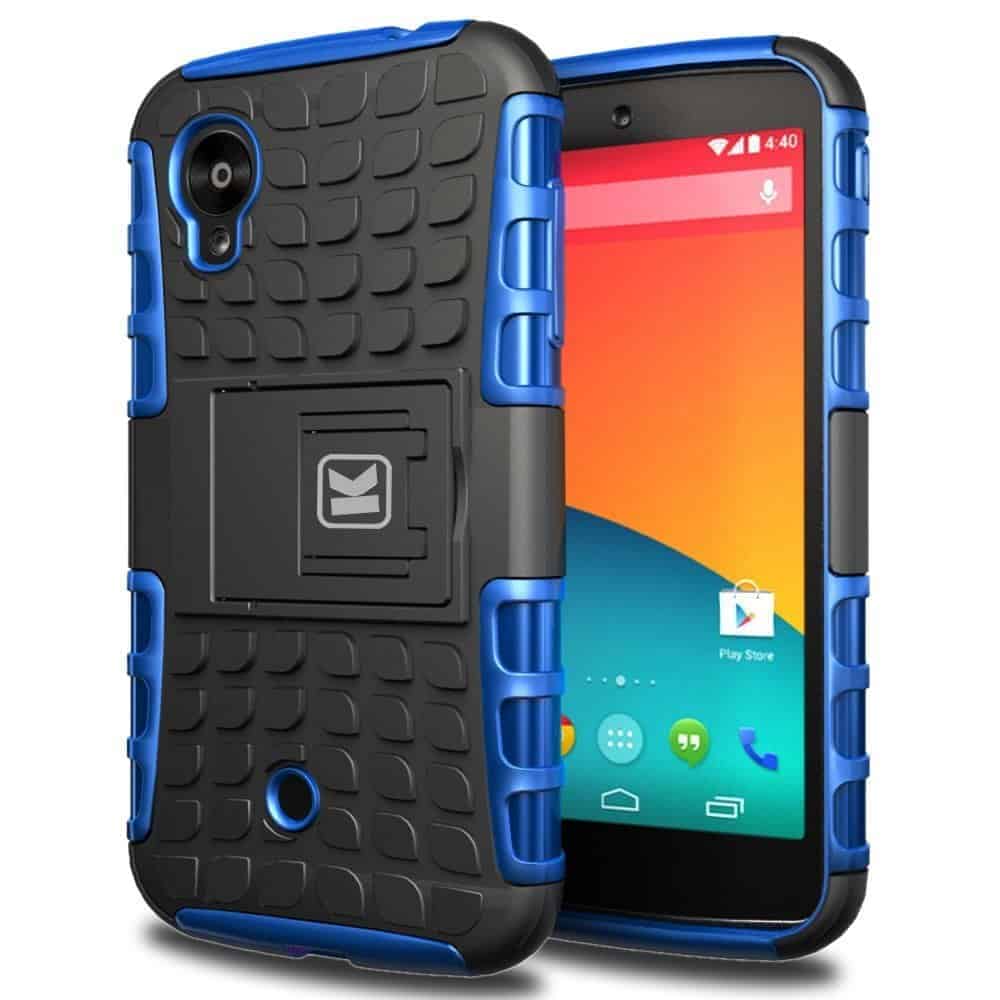 KAYSCASE has a nice, rather rugged, case for the Nexus 5. This one is available now for about $15 and comes in a variety of colors as well including black, blue, yellow, purple and red. There’s also a kickstand on the back which is nice for watching videos on your new Nexus 5. 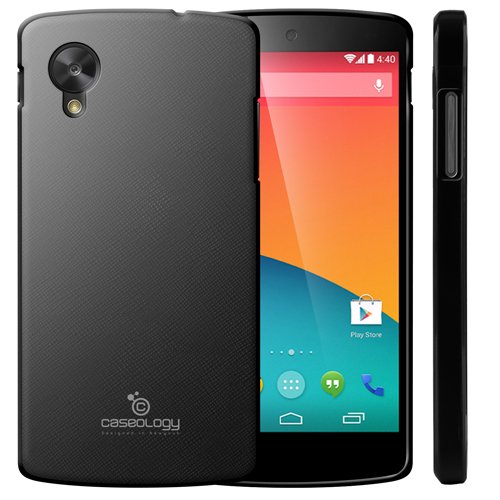 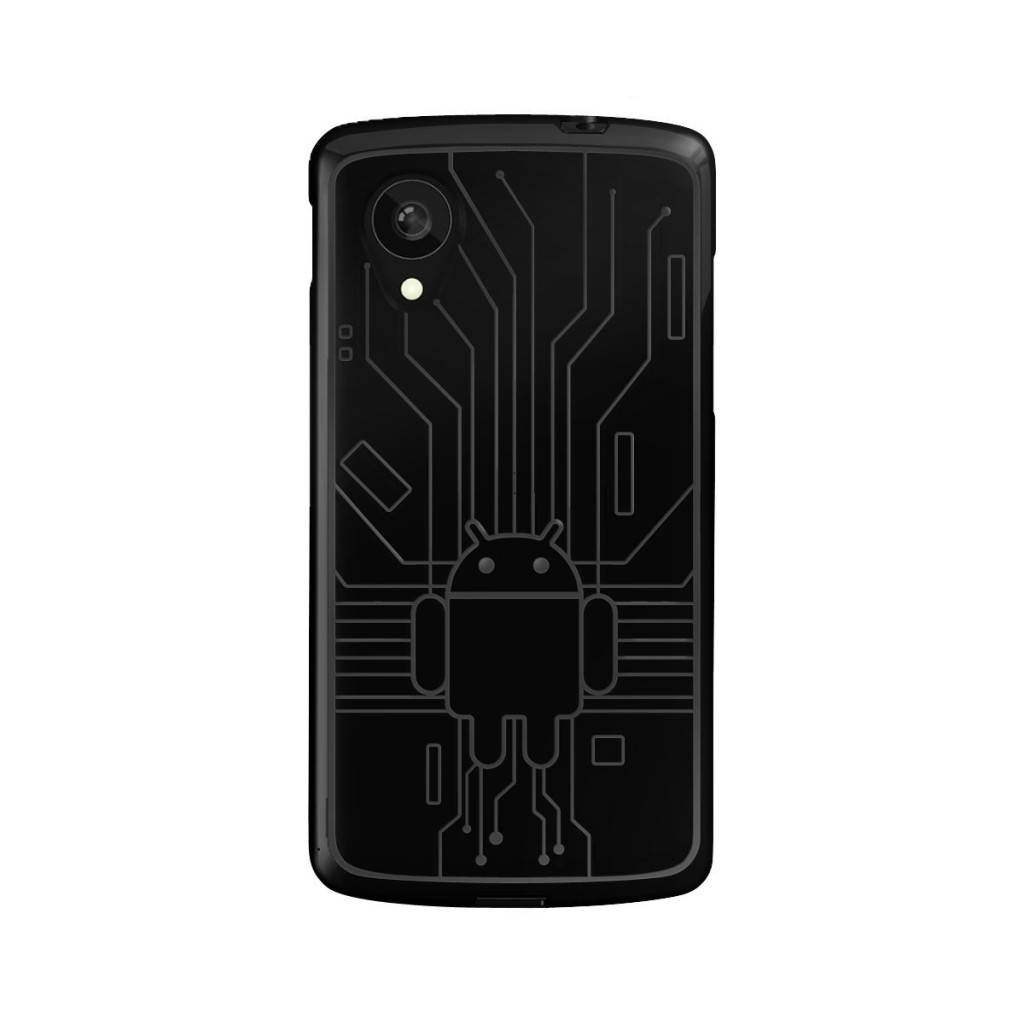 As always, Cruzerlite is offering a ton of cases for the Nexus 5. This time we’re looking at the bugdroid circuit case which is available in plenty of colors including black, blue, silver, green, red, pink, purple, orange, light blue and brown. This one will set you back about $13. 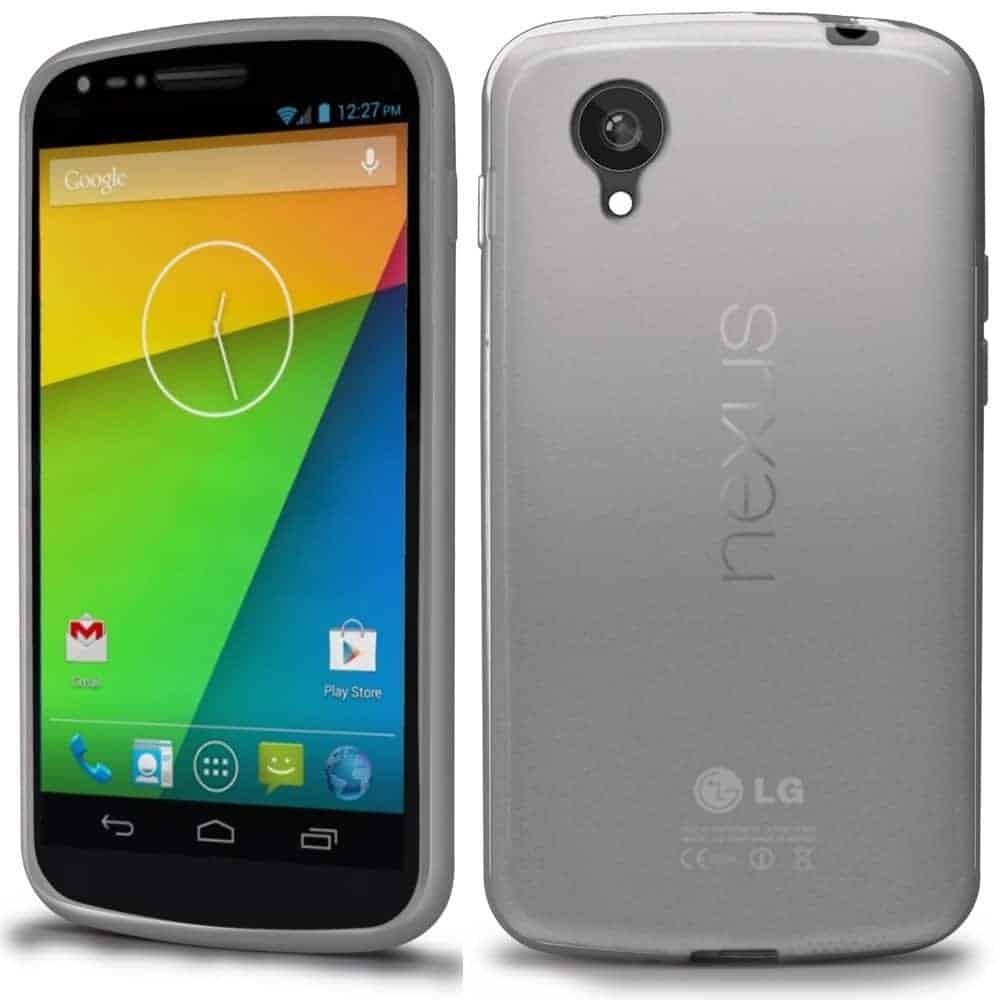 i-Blason has another TPU case available for you to check out. This one is super affordable at just $3. It’s available in frost clear, black, pink and a few other colors. As you’ll notice in the picture above, it looks like they used a Nexus 4 for the picture, but the listing clearly says Nexus 5. So you’ll want to be careful with that. 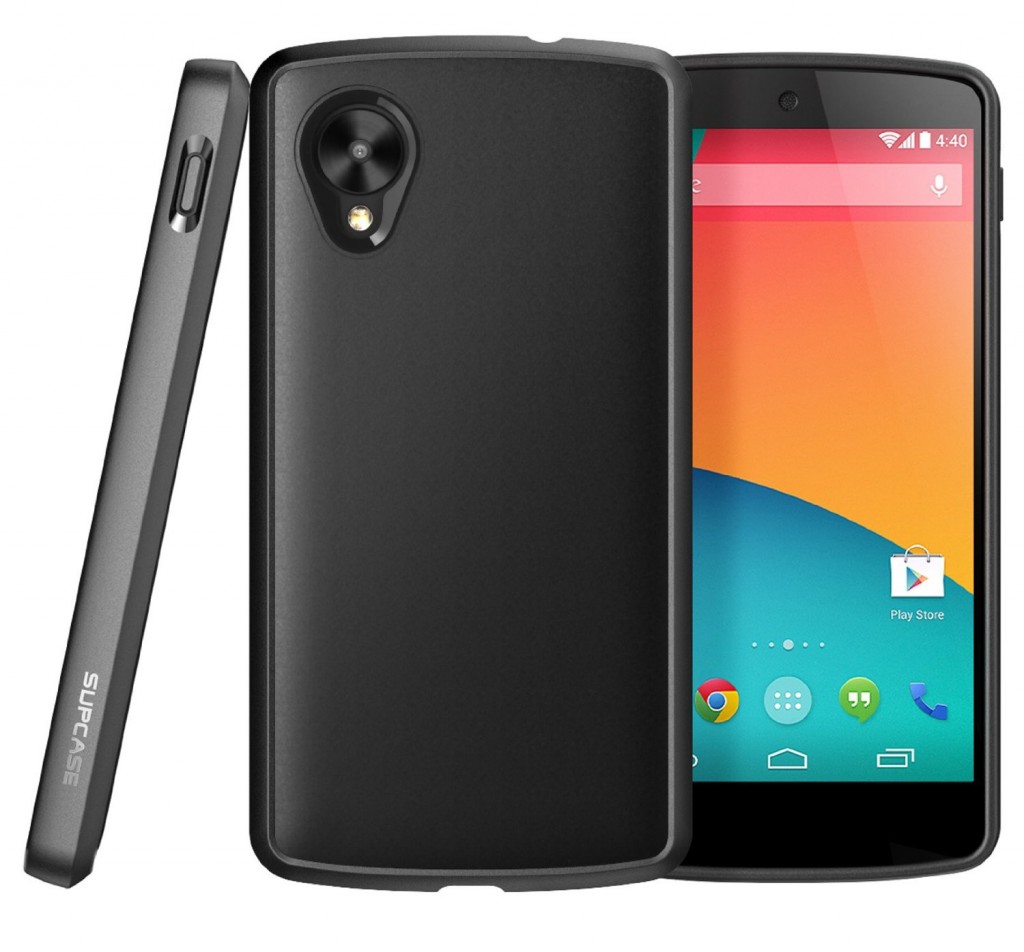 SUPCASE has a nice looking protective case available right now. It’ll cost you about $7, but it looks to be pretty thick, and rugged, which is good for those that are always dropping their phones. They clearly state that it will not fit the Nexus 4, and that its made for the Nexus 5. 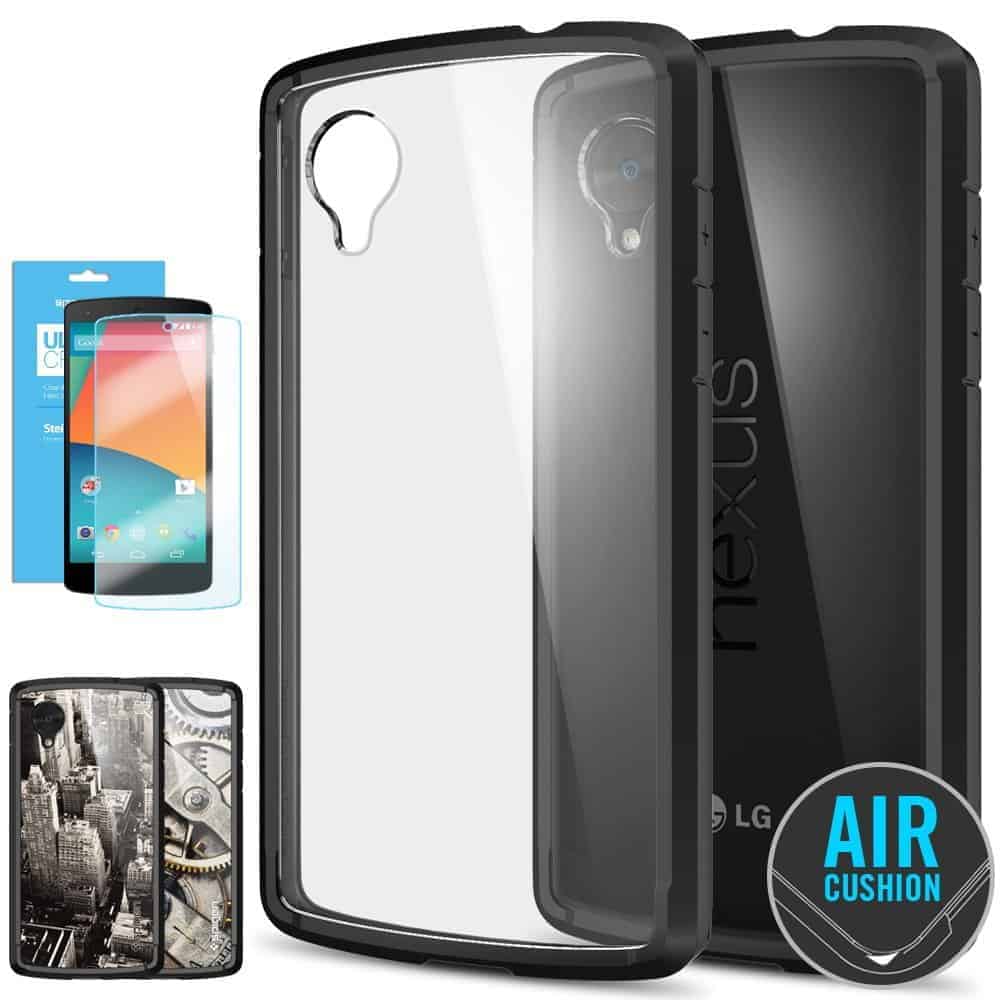 SPIGEN is back with another couple of cases for the Nexus 5. This one is the Ultra Hybrid case which is basically a bumper with a clear back panel. Making it anti-scratch, which is always great, especially if you’re coming from the Nexus 4. This one will be in stock on November 7th or $10. 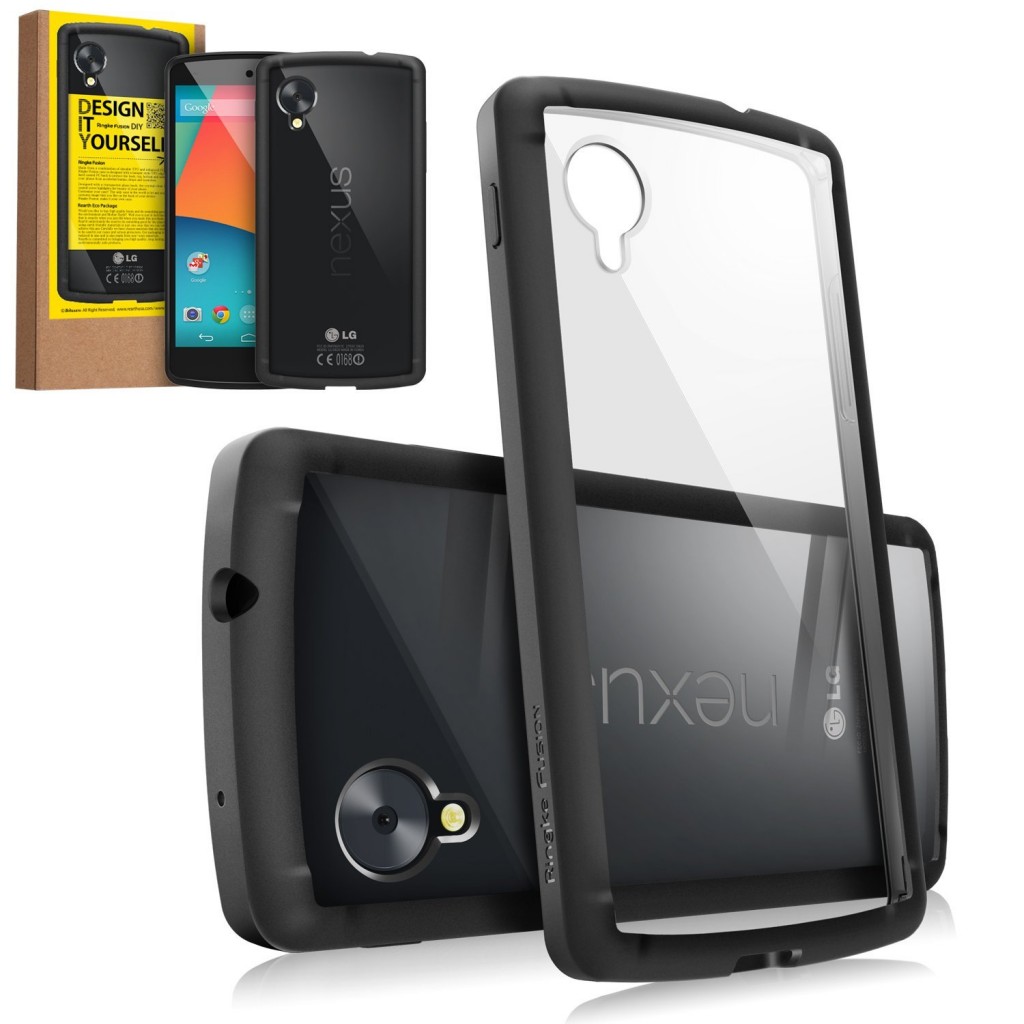 Many people bought the Ringke Fusion for the Nexus 4 and loved it. Well these guys are back for the Nexus 5 with another bumper. This one is shock absorbent and has an anti-scratch rear panel. All that for just $9 and it’s in stock now. 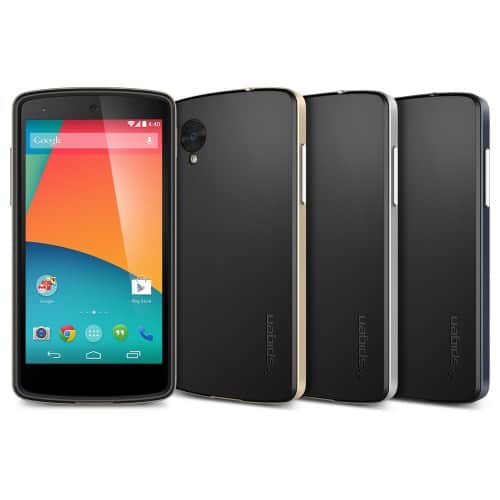