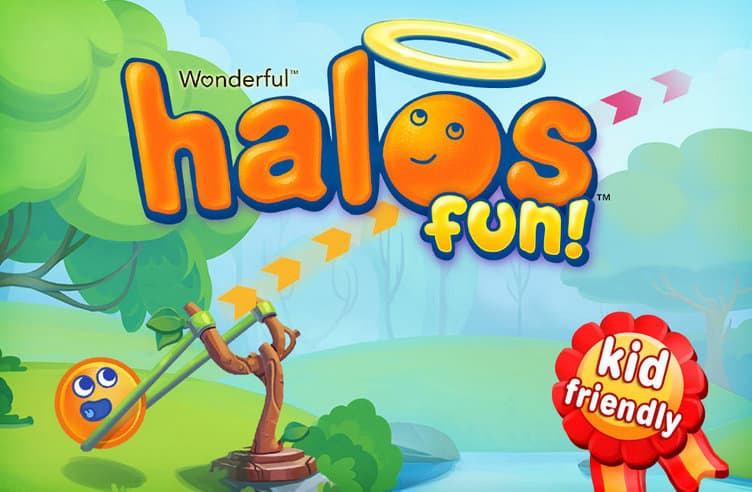 Description: Parents will know Wonderful Halos as a brand for kids from Paramount Citrus, they're a great of way getting kids to eat fruit and besides, who doesn't like Mandarins? Well, Paramount Citrus has teamed up with app developer PikPok to create a fun game for kids that obviously helps our Wonderful Halos' brand presence but, also gives kids a fun and free game to play and could encourage them to eat more fruit as part of their diet. It's a completely free game too, parents won't have to worry about any nasty in-app purchases piling up on their credit cards. You can take a look at the game in the trailer below:

How it Works: You'll have to download the game from the Play Store to start playing but, after that you're treated to a short and sweet backstory. Basically, you play as Halos, little fruit that are about to graduate. When they graduate, they get their Halos. However, some pesky Raccoons have stolen these Halos. It's up to you and your friends to get them back. 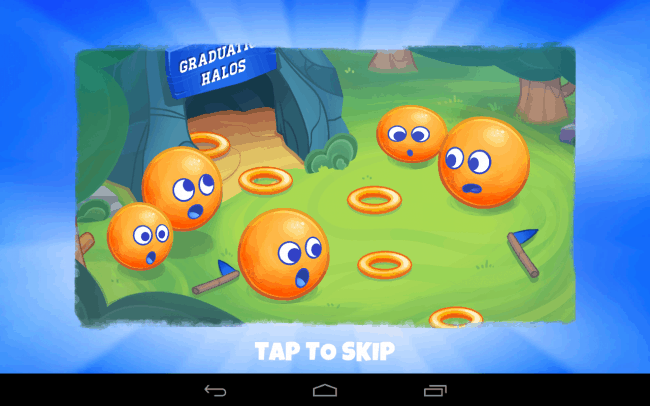 There are a fair amount of levels included with the game when you first download it but, there are more coming, too. 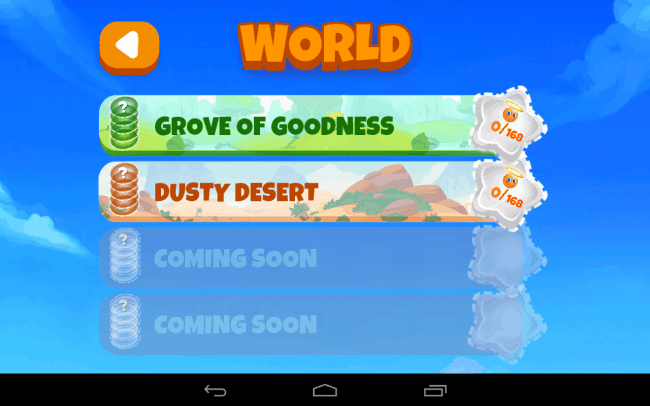 When in game, all you have to do is use the catapult to fire the mandarins at the Halos: 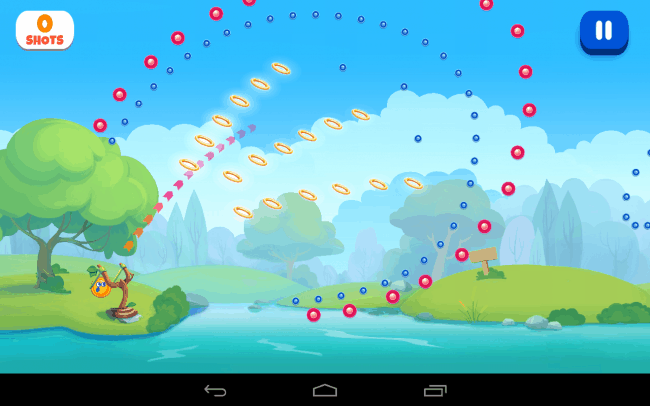 As ou can see, things start off pretty easy but, they soon start to get a little more interesting as you get further into the levels: 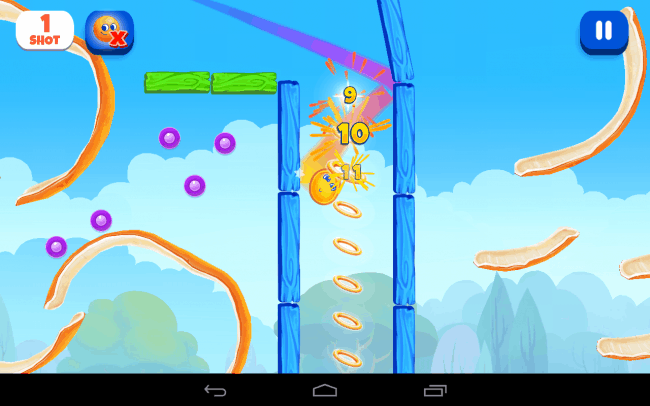 You can use the orange peels to propel your mandarin in that direction and you can bounce off of all the gems in play, too. 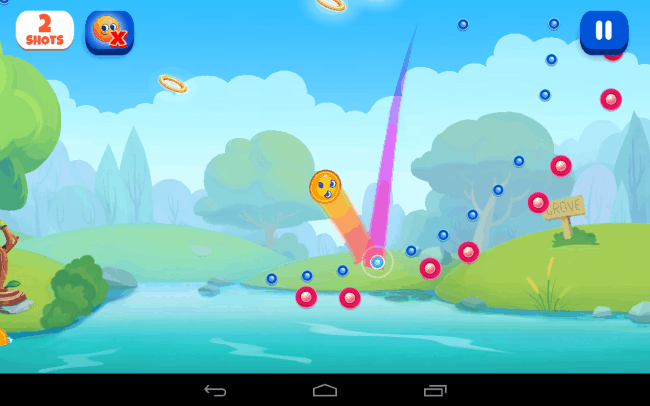 At the end of each level, you're given a little progress report of sorts: 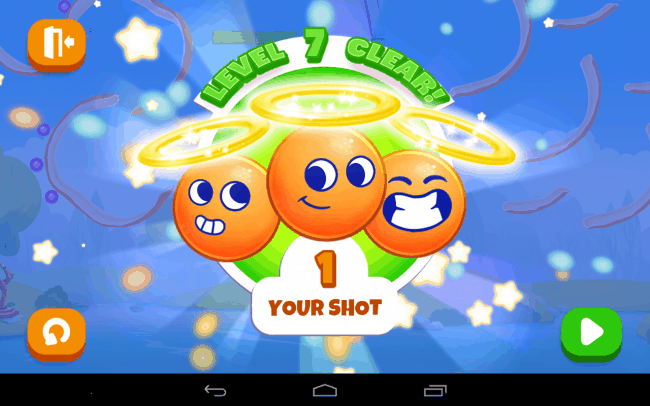 Opinion: On the surface, Wonderful Halos plays very much like Angry Birds but, the emphasis is more of getting things in done in as little shots as possible, rather than just "knock out all of the pigs". There's no denying the two games play very similarly but, for kids that's a good thing. The familiarity of it all will make this an easy game to pickup and play, without the hassle or frustration of having to learn a completely new control system. The storyline is light, yet engaging and the gameplay is easily accessible and rewarding. Of course, adults that are hooked on Angry Birds might take to the game but, we doubt they'd find too much to keep on coming back to. Your little ones on the other hand? They should be perfectly happy with Wonderful Halos.

Conclusion:  All-in-all, Wonderful Halos is a fun game aimed at kids that does a good job of appealing to its target audience well. It's quick and easy to pickup and play, with no barrier of entry or need to learn any new controls. It is a shame that it feels so much like an Angry Birds game but, after a few minutes of playing you could easily forget and, it's not as if Rovio invented the slingshot with Angry Birds. This is a game designed for kids, and it succeeds at that but, how long the little ones will keep on playing is a tough question. With more levels coming soon, there should be plenty to keep kids entertained but, it's not that difficult and so seasoned players could find themselves complete it a little quicker than they thought. No matter what though, it's a fun and free game that's easy to play and easy to succeed at. What more can you ask for?