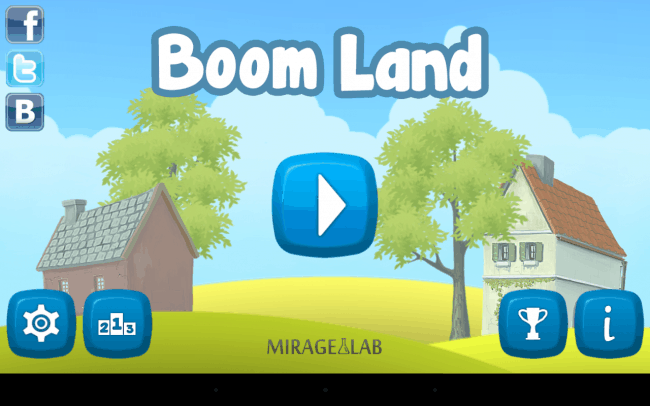 Description: Boom Land is a pretty easy game to describe but, the deeper you dig the more fun you'll have. In a nutshell, Boom Land puts you in charge of destroying as much as you possibly can in as creative a manner as you can. It's an easy game to play but, it's difficult to really succeed at destroying the structures as the game wants you to. You have to be smart to place dynamite, bombs and powder bags throughout the levels to make sure that you maximize damage. Take a look at the trailer below:

How it Works: You'll have to download the game from the Play Store but, after that you're ready to start playing. There are a number of different "worlds" to play in, with the first one already unlocked. 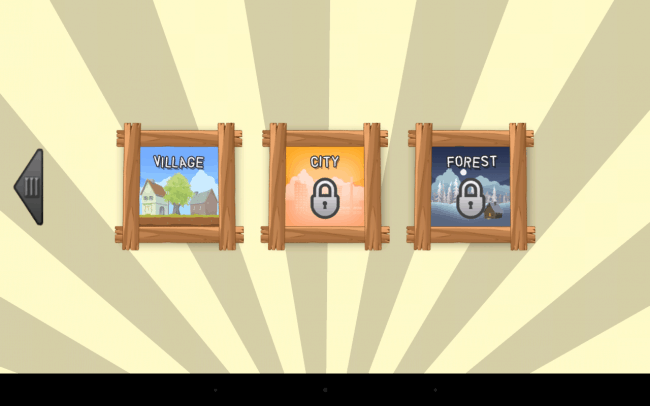 Once you start playing, the game will teach you about different types of bombs and how to use them: 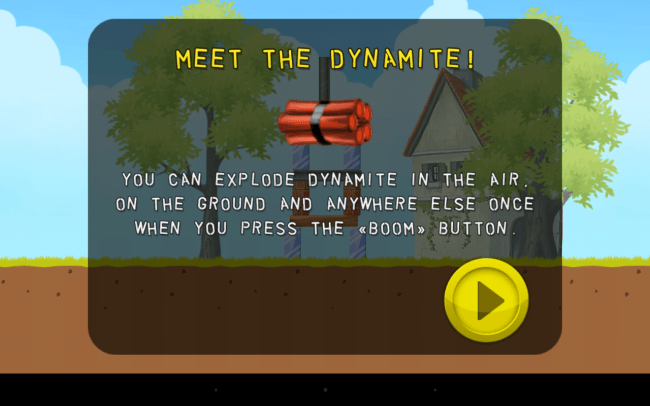 Basically, you need to strategically place explosives around the structures in order to destroy them, like this: 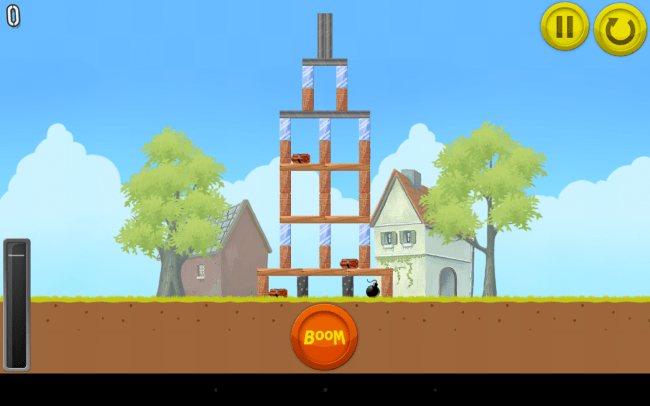 Then, once you've set it all up all you need to do is hit the boom button and watch it all fall to the ground. 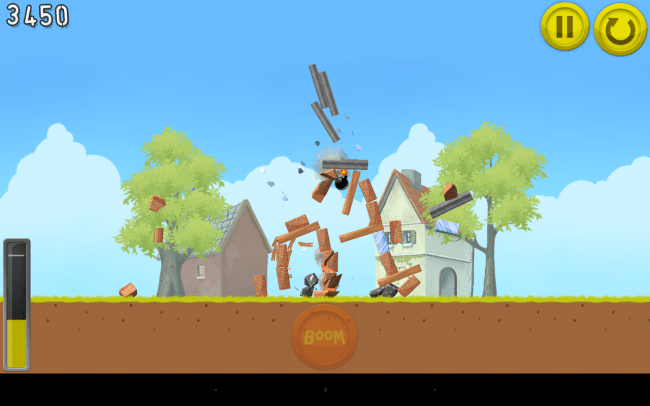 It's a satisfying feel but, you also need to fill the meter on the left. If you don't destroy the required percentage of the structure, you'll have to retry the level. 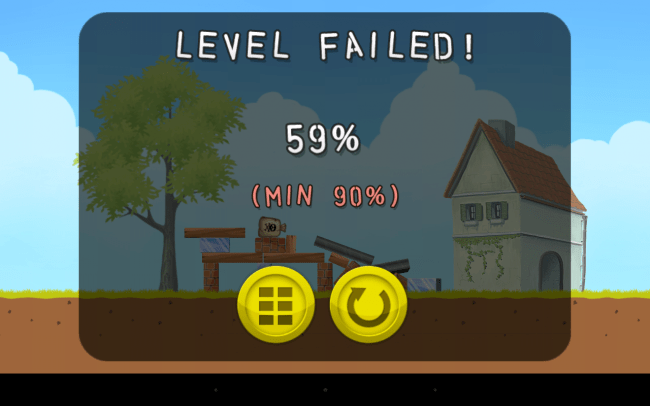 When you do complete a level however, you're given a rating and you can proceed to the next level. 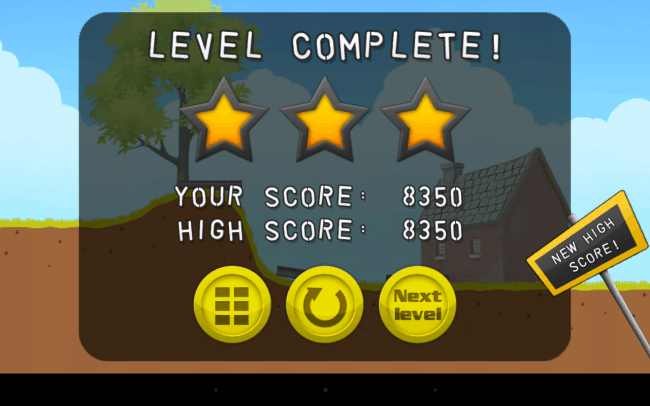 Opinion: The general premise of the game is a lot of fun but, there's not a lot beyond that, which is a real shame. It seems that for the vast majority of the game you'll simply be repeating the same sort of steps you took while playing the first few levels. However, it is a lot of fun and thanks to the fact that it's a challenging game, you'll be pushing yourself to get those high scores from the moment you start playing. Built using the Unity Engine, it does look good but, there's obviously room for improvement. Physics are both realistic and satisfying however. I'd have like to have seen the ability to time dynamite, so that they all went off at different times, especially for the more complicated levels but, it does challenge the way you think while playing.

Conclusion: Boom Land is a game that can be a lot of fun, it's just a shame that there isn't much to it beyond the gameplay at its core. Blowing up stuff is fun, and the ability to create your own way in which to destroy stuff is also fun but, that fun can only last for so long and at some point, it gets a little samey. No matter what though, Boom Land is a fun game and with a little work on its looks and perhaps some more features added to the game, it could become a very good title. Right now though, it's a game that's fun but, might not last all that long, which is a shame but, the game is definitely worth its asking price and if you like it, then there are plenty of levels on hand to sink your teeth into. For those using a Kindle Fire, you can also find the app in the Amazon App Store and the Samsung Apps Store, as well.