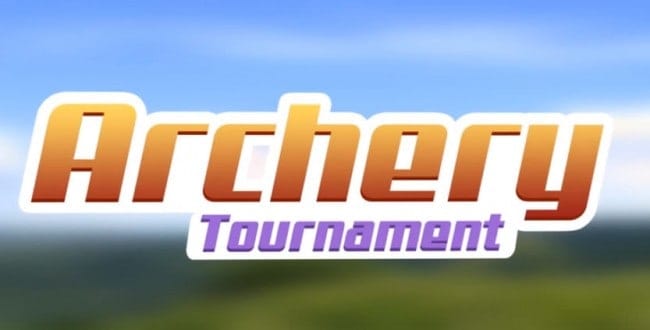 Description: As you might imagine, Archery Tournament is a game for Android that hopes to deliver a somewhat satisfying archery experience to Android smartphones and tablets everywhere. It uses touchscreen controls, satisfying and accurate sound effects, wind speed, different settings and more to create a realistic experience. Targets can be close, far away or even moving at varying speeds, much like you'd find when competing in a real archery tournament. While using touchscreen controls for an archery game might sound somewhat uninspiring, Fat Bat have developed a unique way of delivering that same tension and critical timing. Take a look at the video below for a closer look.

How it Works: For those looking to test their skills with a virtual bow, you'll have to first download the game from the Play Store. After that, you're ready to play. 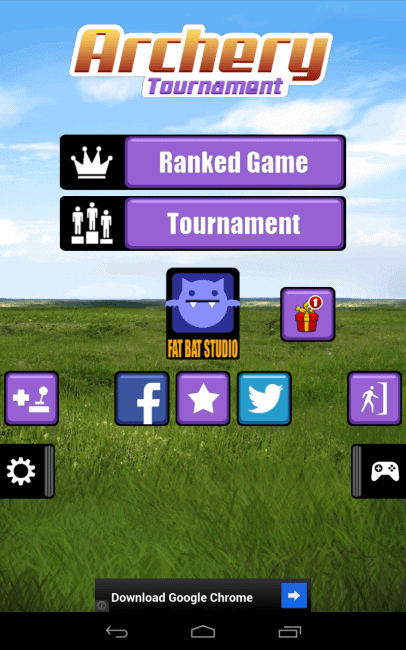 There are a couple of different game modes you can play. One of them is the ranking mode, which allows you to continually perfect your skills as an archer. 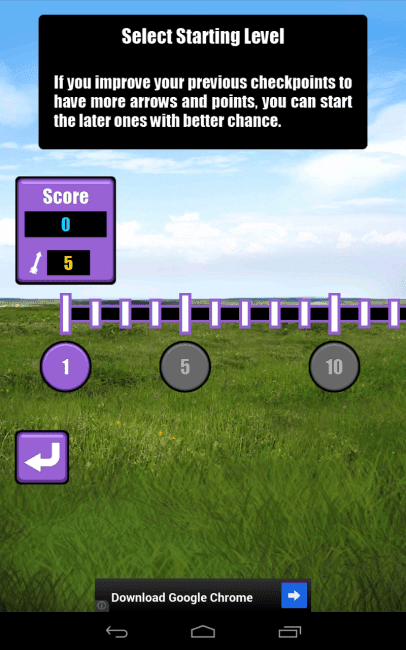 Once you start playing, you'll be told how to play the game: 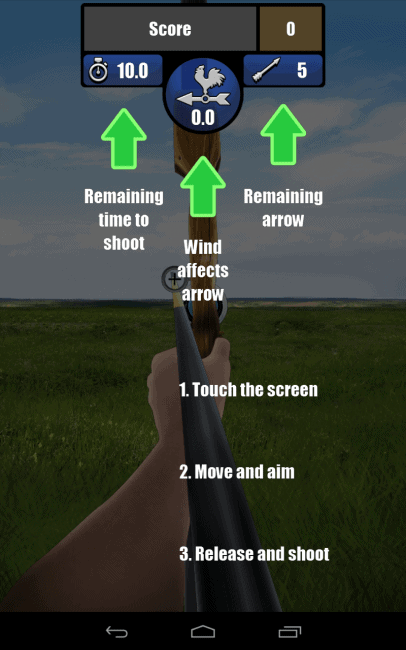 It sounds easy but, you'll soon find out that's not as easy as you think it is. 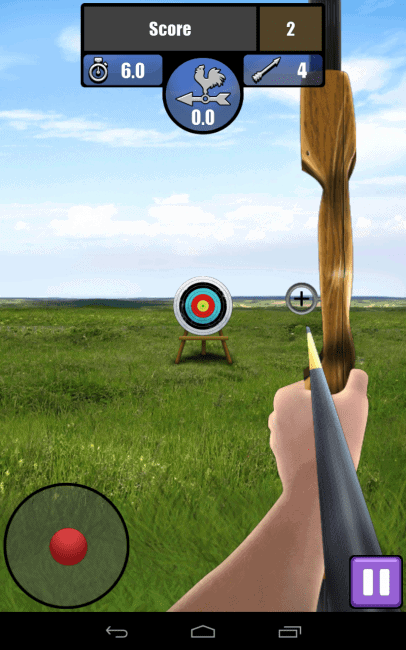 The tournament mode is great too, as it allows you to play against computer players or local players by passing the device around. 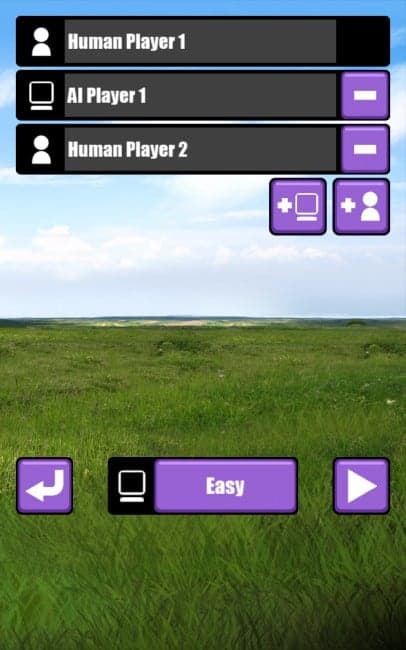 You can choose from a number of different settings and difficulties, too: 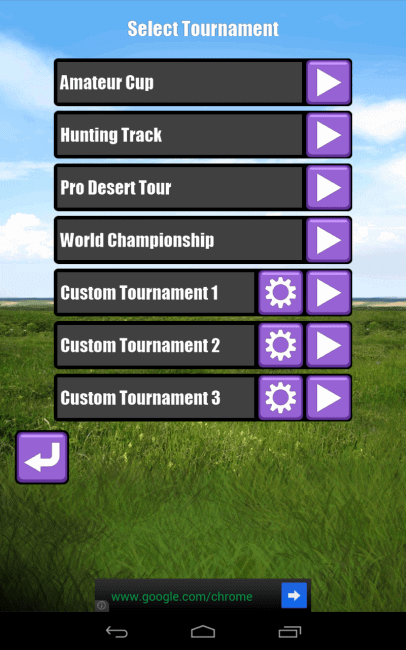 My favorite is the almost Olympic type setting: 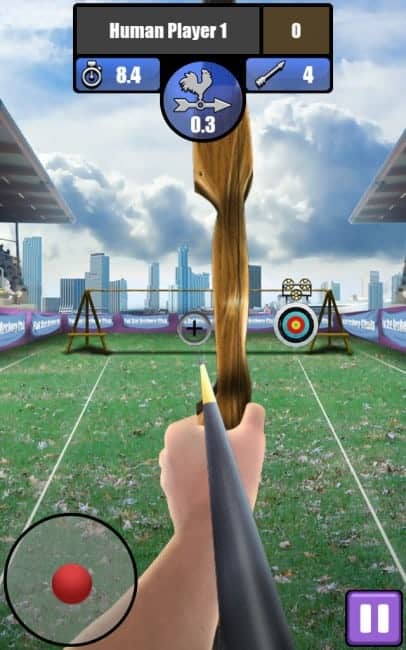 Opinion: This isn't the first time that I've played or reviewed an archery game but, it is the first time that I was genuinely challenged and the first time I felt like I was getting an experience that's somewhat familiar to actually firing arrows. How the game does this is by slowing down  the responsiveness of the aiming motion, giving a sense of weight and making sure that timing and precision are as important as they are while holding a real bow in your hands. For the most part the effect works well but, when firing against targets that are quite far away, it can get a little too difficult. However, the game has a pretty good grasp on how difficult things need to be for players to be challenged and enjoy themselves. So, just as it is in real life, the key is to practice a lot.

Conclusion: Archery Tournament is a pretty game, especially if you're looking for something a little more realistic than other similar titles. While some players might find this a little more difficult, it can be a satisfying challenge. The varied settings are great too, from the desert all the way to an organized tournament setting, there's a lot to look forward to as you progress through the levels. The infinite ranking mode is a nice addition for more involved players that are a constant challenge and the local multiplayer is great for long trips or to challenge your friends to see who's better at the game. Overall, Archery Tournament is a great game to play and it's well worth a look, especially if you're looking for something fresh and a new way to play mobile games.