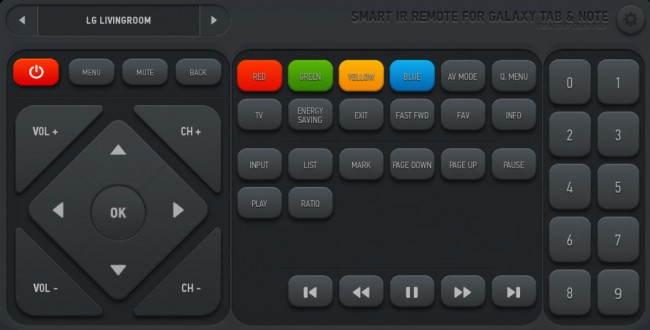 Description: Since HTC and Samsung shipped their latest flagships, the HTC One and the Galaxy S4 with IR blasters, it was only a matter of time before a developer came along and took full advantage. While Samsung and HTC include apps to control your TV or set-top box, it's pretty limited and isn't really aimed at the hardcore user, it's more aimed at the everyman, which is fine but, serious TV-lovers need more. the Smart IR Remote app from Color Tiger unlocks this potential and it doesn't care what sort of ROM you're using either, as long as the IR blaster is recognized and supported. It also works with tablets that have such a feature installed as well. Which makes the app a great way to get one feature back if you've decided to go the stock Android root. Take a look at what the app offers in the trailer below:

How it Works: First of all, you need to make sure your device even has an IR blaster but, chances are if you're reading this, you already know the answer to that. After that, you can head on over to the Play Store and download the app. Once done, you can go ahead and setup your remote. 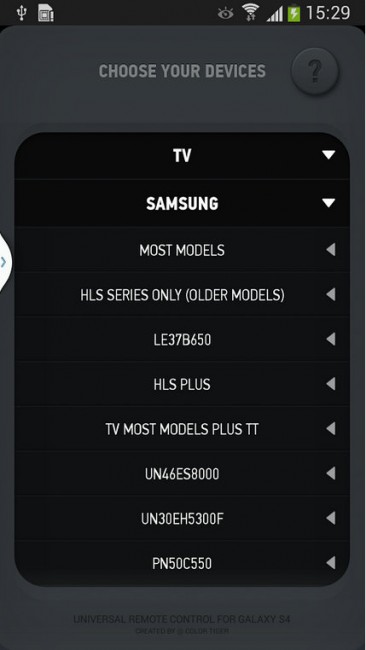 Setting up devices is pretty easy as you can download configurations from their servers online. Once complete, you'll notice a familiar-looking layout to any other remote control: 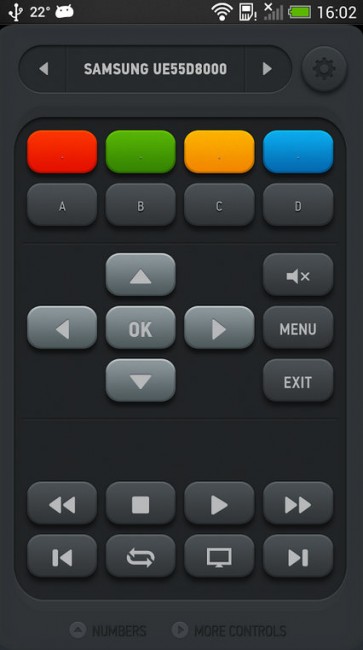 Unlike most apps, Smart IR Remote really does take advantage of the extra space avoided to you when using a tablet: 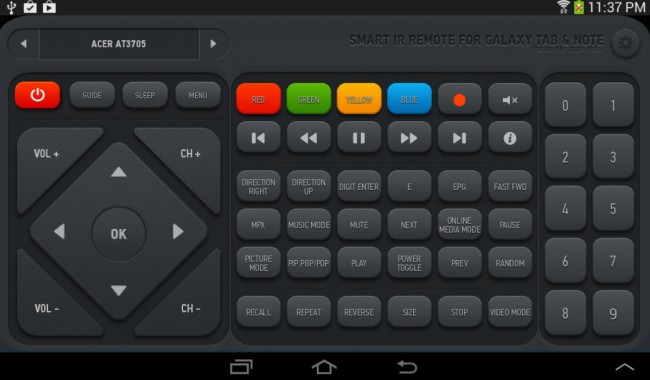 If that wasn't enough power to you, then why not try out the hovering remote "chathead"? 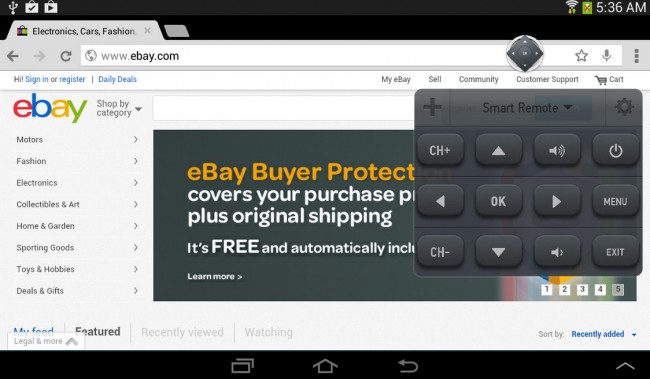 And for those of you that don't like to open up a new app every time you want to watch TV, there are quick access widgets: 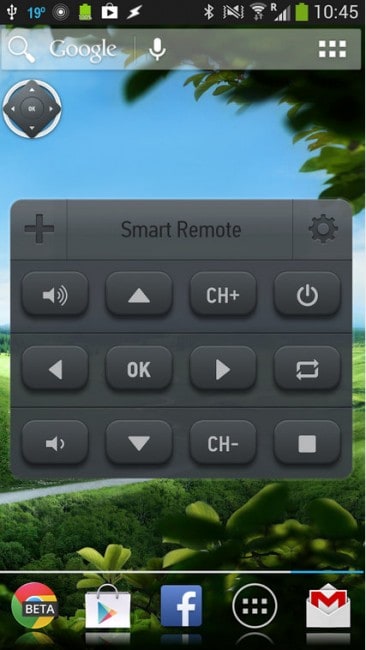 From the settings, you can change things such as Air Gestures, and the ability to mute the TV when you get an incoming call. 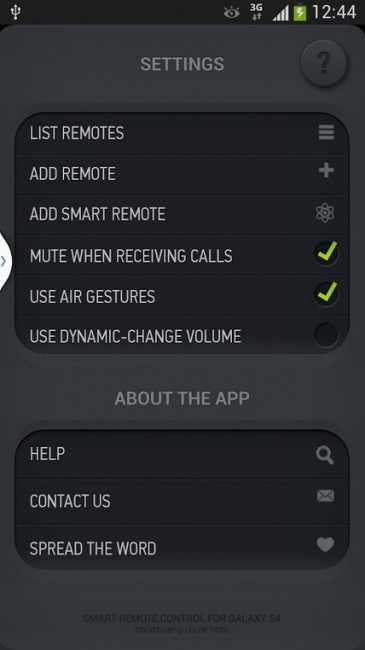 Opinion: As someone that has a whole lot of gadgets linked to my TV, it's difficult to keep track of all my remotes. Needless to say, I've lost the remote to my TV or to my cable box a number of times. I was excited to try out the HTC One with its infrared features to see about controlling my TV and boxes with the one thing I always have on me – my smartphone. Then I was let down by the very basic functionality offered to me, the TV guide is nice and all but, I already know what I want to watch, I just want to get there. This is where the Smart IR Remote comes in. With this I can get access to the remote with the chathead feature while browsing the web or chatting in Hangouts, and the macros function helps me turn on the TV and tune to the Xbox when it's time for some Call of Duty all in one action.

Conclusion: Smart IR Remote is easily one of the most effective ways to take back control of your entertainment center using an existing piece of hardware. If your tablet or smartphone has an IR blaster in it – like the new Galaxy Note 10.1 – 2014 Edition – then you can use this app to control all of your equipment. Not just that but, thanks to innovative features like the floating remote, you can rest assured that controlling your TV doesn't have to get in the way of using your device. This feels like a well-polished app, with a high production value that feels like a genuine piece of TV-centric hardware and it should feel familiar to anyone that's used a remote before. It allows you to have the same experience on numerous TVs and it controls more than just your TV. Overall, we think it's worth the asking price and while it won't appeal to everyone, it serves its target audience far better than other similar apps.