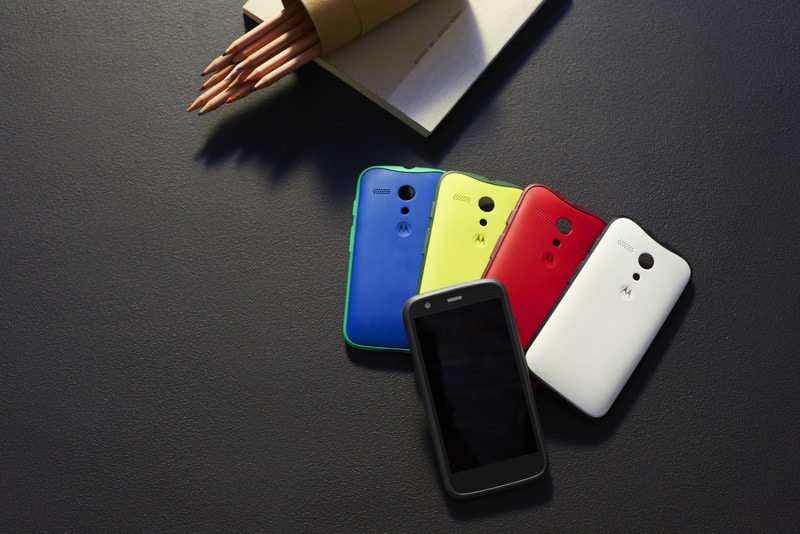 The Moto G has been officially announced and it's all we thought it was going to be, a cheap, affordable device running Stock Android with much of the Moto X's DNA. We were a little shocked at the price tag of just $179 US for the 8GB model though. Especially when you take into account the specs inside of the Moto G, and the optimization that the software team at Motorola have done. However, the Moto G is not the only budget-minded Android device on the market, that tries to deliver a premium experience without the associated price tag. HTC and Samsung have great versions of their flagships with the HTC One Mini and the Galaxy S4 Mini. Meanwhile, Sony and BLU have similar offerings as well. One thing's certain though, they're all more expensive than the Moto G.

To see how they stack up on paper, take a look at the table below: 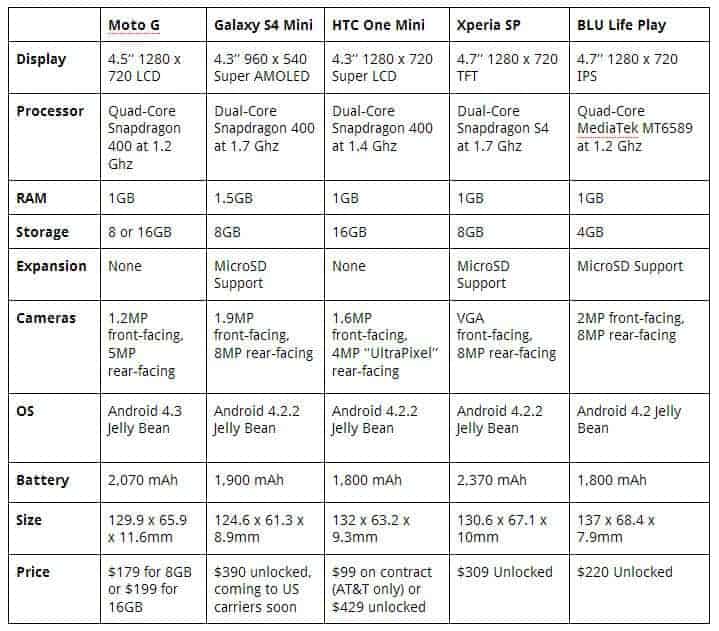 From the table, you can see that most of these phones fall in line with each other. Similar sizes and specs across the board for the most part. The HTC One, Galaxy S4 Mini and the Moto G come in at the smaller end, with the Moto G sitting in the middle with a 4.5-inch display. Speaking of displays, the only phone that lets down the side is the Galaxy S4 Mini with the lowest resolution of 960 x 540 and considering it's also the most expensive on the list that doesn't quite add up.

Specs are one thing however, and the overall experience is what matters the most and we reviewed all of the above devices apart from the Moto G and the Galaxy S4 Mini, which is set to launch on US carriers shortly. You can find these reviews and other phone reviews of ours here.

All-in-all, which phone looks better to you is a personal judgment call however, the Moto G does shine a little brighter than the rest. We're talking about budget phones here and to be able to buy one for as little as $179 is incredible. Add that to the software optimization that Motorola have undergone and you have easily one of the best devices in its class. Oh, and did we mention that Android 4.4 is heading to the Moto G in January of next year?