AT&T and its executives are putting in time and research to see what it would take to purchase Vodafone, according to this report from Bloomberg. AT&T is looking at a potential takeover of Vodafone next year. The deal would be intricate and have quite a few pieces. The company wants to move in to Vodafone’s European market, but would also want to spin off Vodafone’s interests in India and other developing countries. AT&T is also interested in UK carrier EE if a deal with Vodafone doesn’t pan out.

A Vodafone/AT&T merger would create the world’s largest wireless carrier. The combined company would be the biggest by sales and would service more than 500 million customers. AT&T already approached Verizon Communications earlier this year in an attempt to buy Vodafone’s European operations. Verizon rejected the deal in favor of its own $130 billion purchase of Vodafone’s 45% stake in Verizon Wireless. “Buying Vodafone seems like an easy decision for AT&T given the value of their stock and the still-low interest rates,” said Walt Piecyk, an analyst with BTIG LLC in New York.

A combined AT&T/Vodafone company would have the buying power to challenge Google and Apple when negotiating for handset subsidies with manufacturers. They would also have a large customer base that they could use to generate massive mobile ad revenues. Vodafone’s CEO, Vittorio Colao, is said to be open to a deal in principle. 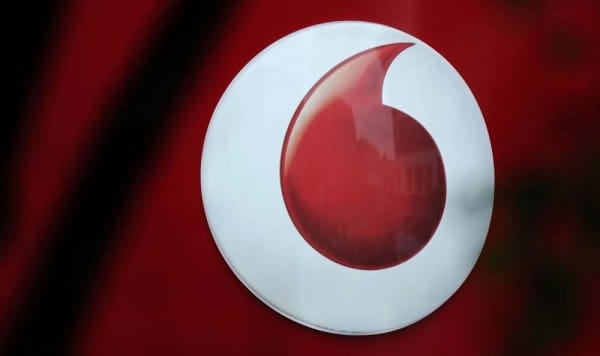 AT&T is very focused on expanding into international wireless markets. Verizon and T-Mobile are challenging its U.S. profits. Verizon has committed to heavy investment in the company once it completes the buyback of Vodafone’s stake in the company. T-Mobile is garnering consumer attention with its UnCarrier branding and low-cost pricing. AT&T sees global expansion as a smart move as things heat up at home.

The AT&T deal would have to wait for Verizon to complete its buyout of Vodafone’s share in Verizon Wireless. That Verizon deal is expected to close in the early part of 2014. AT&T might even decide not to move forward with a Vodafone offer, sources say. Both companies are declining to comment on the matter.