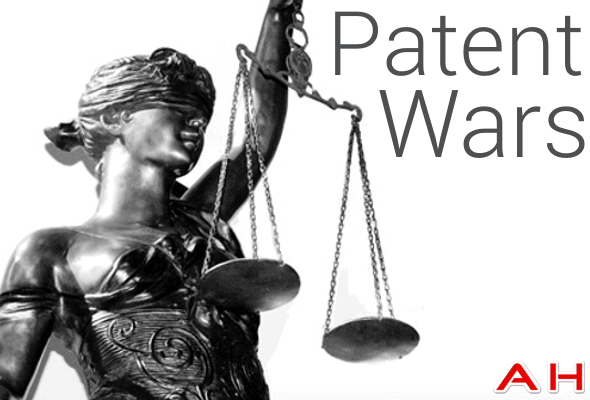 Another day, another news item concerning Apple and Samsung's long-running patent battle. This time, the focus of our attention is on none another than Apple Senior Vice President of Worldwide Marketing Phil Schiller, who recently took the stand to testify in the ongoing legal scuffle between the two technology giants. In an effort to net Apple the damages it believes it deserves from Samsung's patent infringement, Schiller is making some big claims, testifying that Samsung's infringement has damaged the iPhone maker's reputation as an innovator.

Schiller's issues lie with the Galaxy S, a phone that helped propel Samsung into the position of premier Android manufacturer. Explaining to an Apple attorney what he felt when he first saw the Galaxy S, Schiller said he was "shocked," going on to say Samsung flat-out "copied the iPhone." According to him, this problem expands beyond mere patent infringement, as the design similarities between the Galaxy S and the iPhone were enough to cause consumers to view Apple in a different light, questioning the company's ability to innovate.

When it came time for cross-examination, Schiller didn't let up. He certainly wasn't interested in mincing words when Samsung attorney Bill Price presented the Galaxy Tab, claiming the device "looks like an iPad." The Wall Street Journal reports that Schiller's testimony finished on Friday morning, and this will certainly prove to be a controversial way to wrap things up. Apple's legal battle with Samsung has been raging for a number of years now, and the high-profile case has attracted passionate remarks from fans of both companies on websites across the Internet.

One can't really fault Schiller for being blunt, though, as there's a lot on the line for Apple at the moment. Though US District Judge Lucy Koh upheld the 2012 ruling that Samsung infringed Apple's patents, she did determine that some of the damages – $450 million of the original $1.05 billion award – were calculated incorrectly. Now Samsung and Apple are engaged in a mistrial, with as much as $380 million in damages up in the air. That's at least the amount Apple says it's owed, with Samsung claiming it should pay much less than that, asking Koh to award only $52 million in additional damages.

However, Price was just as blunt as Schiller, pointing to internal Apple emails urging executives to consider a smaller version of the iPad while referencing the seven-inch Galaxy Tab, a device that was a big hit for Samsung. Schiller claimed the iPad Mini was less about what the competition was doing, and rather served as an experiment for Apple's engineers. Whether or not that's a legitimate argument is for the court to decide at this point. Regardless of what happens next, one thing is for sure: Neither Apple nor Samsung will take any prisoners in this mistrial, so be prepared for more no holds barred statements like the ones Schiller was making on the stand this week.