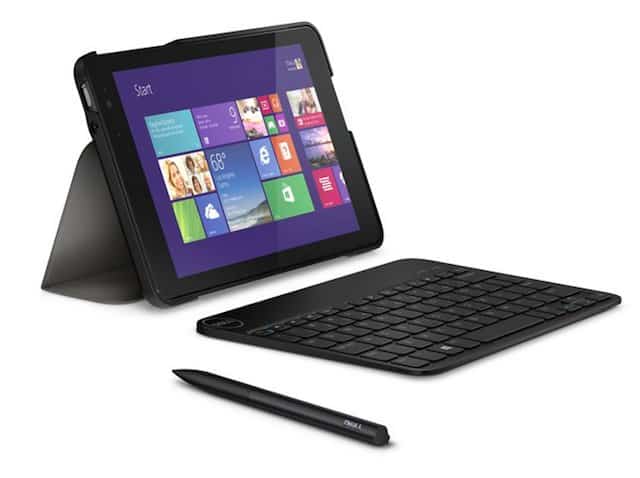 When Windows 8 originally launched on tablets, we were pretty confident that Android tablets had very little to be worried about. The Surface and others weren't all that well-received by reviewers all over the 'net, mostly due to Windows RT's limitations and the fact that these tablets required a desk to be of much use at all. That was back then though, when Intel chips ran too hot to be squeezed into this thin and diminutive form factors and when the Surface Pro was the tablet that only the Windows die-hard would spend the questionable asking price on.

Now though, things are very different and 8-inch tablets are starting to hit the market with full-blown Intel chips and Windows 8.1. While there's not much to write home about when it comes to Windows 8.1, it's the hardware that's the real story here. Tablets like Acer's Iconia W3 aren't exactly brilliant, with lackluster displays and questionable performance. However, they were real PCs in tablet form. With a proper x86 processor at the heart of it all, running the show. Allowing users to run all of those Windows programs that Windows RT just couldn't do on ARM chips.

Acer's entry into the 8-inch Windows arena was a pretty poor showing and reviews said as much. Dell, on the other hand, seem to have a pretty solid alternative in the Venue 8 Pro. While certainly not perfect, it shows why Android is right to be worried about Windows 8.1 on tablets. Powered by a quad-core Intel Atom chip, the Venue 8 Pro is a fast tablet, indeed and you can even hook it up to external monitors – with difficulty thanks to HDMI port – and use it like a desktop PC. The Venue 8 Pro is no Nexus 7 killer, but it's the starting pistol that's hopefully loud enough for Google to hear.

The Dell Venue 8 Pro and the Acer Iconia W3 aren't tablets to kill off Android tablets – far from it, in fact. What they are however, are warning shots. With true Windows 8 in an 8-inch tablet, you can do much of what you do on your Nexus 7 with basically a PC in the background. Fir up desktop mode and attach a mouse and keyboard and you basically have a teeny, tiny laptop. Sure, it's not perfect but, the point is that Android's tablet offerings have always been hampered by a poor selection of apps – which affects Windows 8.1 right now, too – but with Windows 8.1 you can arguably do more than you can on your Nexus 7.

Flexibility has always been one of Android's strengths but, when it comes to tablets, Microsoft has Google beat with screen-sharing multitasking built right into the OS and as easy to use UI that works well on smaller displays. However, underneath it all is the ability to run full Windows programs. to simply place your tablet on a desk and do much of what you would do on your laptop. Not even the iPad can claim that and it's unfortunate to say but, the iPad has many more tablet apps than Android.

2014 is the year in which we'll be seeing many more of these Windows 8.1 tablets. With the right marketing and a few more key apps, they could look much more attractive to buyers than a Nexus 7 or even a new Nexus 10. Next year we had better start to see Google push tablets harder than ever before, or Microsoft might finally gain some market share in the mobile market.