After the release of the Kit Kat kernel source for the Galaxy S4 Google Play Edition this morning, and word that the update was going out to the HTC One Google Play Edition, we knew that official word from Google on the update rollout couldn’t be far behind. Sure enough, the official Android Google+ account just broke the good news.

Starting today, Samsung GS4 and HTC One Google Play edition devices are getting an update to Android 4.4! Learn more about Android 4.4, KitKat:

Kit Kat will bring a number of changes and additions to the Google Play Edition devices. For starters, the color scheme changes from holo blue to soft white, and there is now a Location option in the quick settings menu. Music or podcast album art on the lockscreen is now huge and takes up the whole screen, and apps can take advantage of immersive mode for hiding the status bar and bottom icons for a completely full screen experience.

Google’s smart Caller ID is also included, which brings Google’s massive database of business names and numbers to your dialer. It means both incoming and outgoing calls to any Google Places number will show the business name and number. Even if you call the number for your local pizza place, your dialer and call history will show the name of the restaurant, even if it wasn’t in your contacts before.

Kit Kat also includes many internal improvements, such as Cloud Print baked right into the OS, the new file picker for attachments and browsing, a redesigned downloads app, an updated Email app, and more. 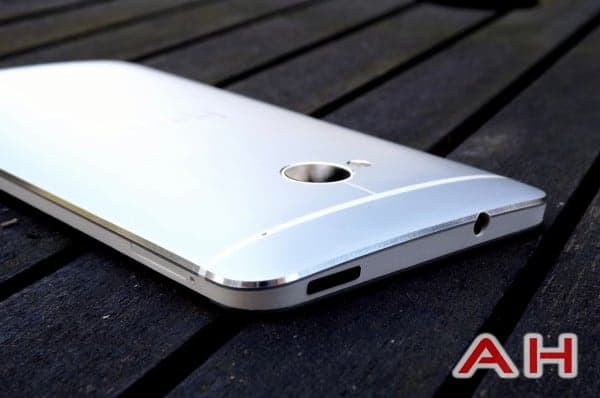 But what could be most exciting for users of the Galaxy S4 or HTC One Google Play Editions, is native support for infrared (IR) blasters. Now devices that have IR ports can use them to control nearby TVs or other infrared devices. Both of the Google Play Edition devices have IR ports onboard, but they weren’t usable before without HTC and Samsung’s custom software. Now that IR support is built into Kit Kat at the OS level, these devices will finally be able to use the IR blasters they have already.

Another boon for the Google Play Edition devices is that they’ll finally get Google Wallet! The HTC One does not have a secure element, meaning that previously, even the Google Experience version could not use Google’s mobile payment service. The updated Google Wallet app and changes to NFC in Kit Kat mean that the secure element is no longer required. So now users of the Google Play Edition devices can use their devices to tap-to-pay anywhere it’s available.

If you’ve got one of these devices, be sure to keep an eye out over the coming days, you should see that update notification soon!