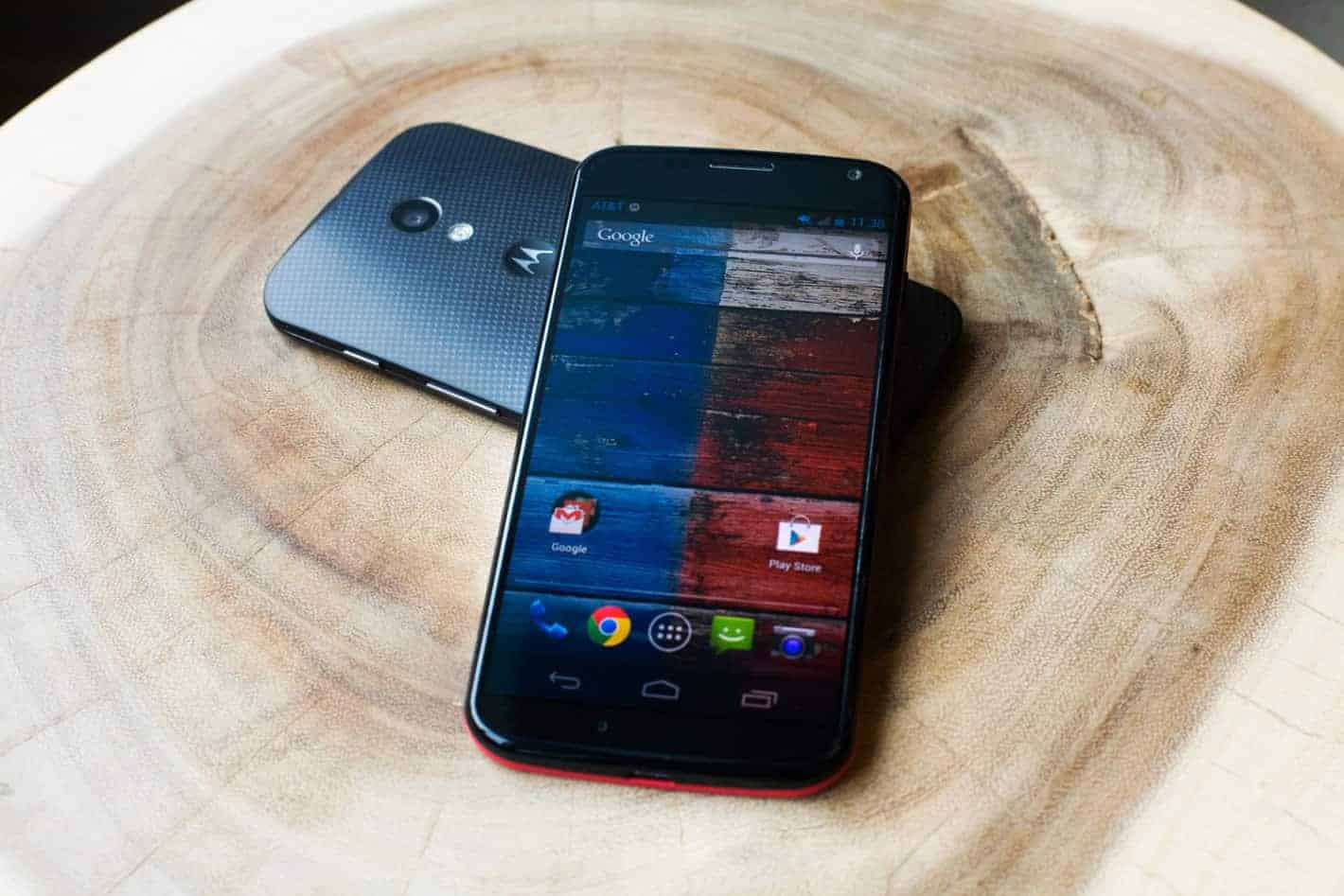 Now that the Nexus 5 and Android 4.4, KitKat have hit the scene, other device owners will be wondering just when they can get their hands on the latest build of Android. The Nexus S has a custom ROM, so does the Xperia Z and even the left behind Galaxy Nexus. Well, if you're a Moto X user on T-Mobile, the technical answer is right now. A leaked ROM has appeared over on the XDA forums and it appears to be running quite nicely. We suppose that such a fast turnaround from Motorola is due to the fact that stock Android is pretty much running on the Moto X so, an update isn't too difficult to conjure up. When there are no skins or specialized apps to worry about, things tend to move a lot faster, which is great news for users everywhere. 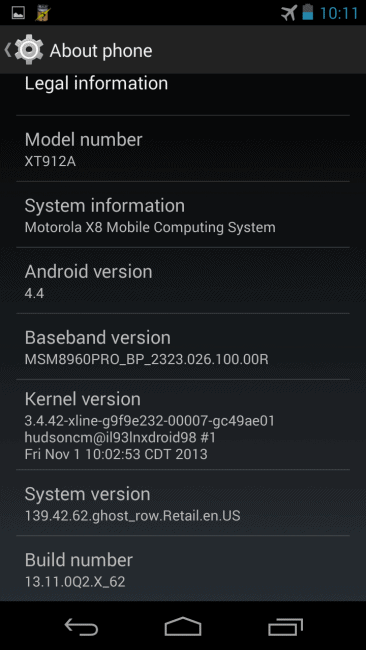 As you can see, the Kernel has been updated to version 3.4 but, other than that you're looking at a pretty stock build of Android 4.4. Both the status bar and the onscreen buttons are transparent on the homescreen, as they are on the Nexus 5 but, the icons appear to have stayed in their blue dress from Android 4.3. 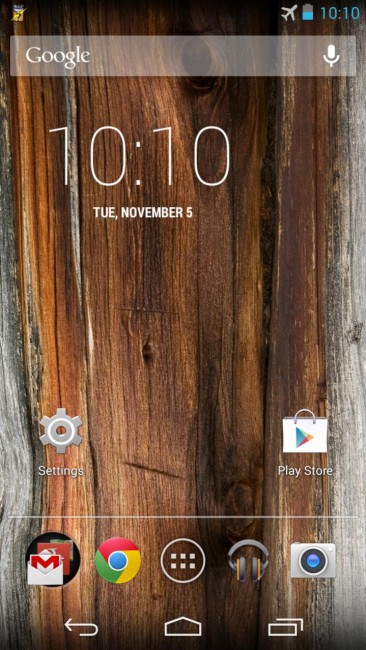 Of course, this is just a test build and things could change in the official release. Other than that though, you're looking at Android 4.4 KitKat in all its choclatey glory. Those on T-Mobile can head on over to the XDA thread to get their hands on the new firmware. If you're using a Moto X that isn't from T-Mobile, there is still hope to get this running on your device but, you'll need to know what you're doing as you'll have to edit the flash all script to not flash the modem to your device. Aside from that though, you're looking at a pretty simple fastboot image with Android 4.4 rolled in.

It's great to see Motorola move so fast with this but, we suspect that an official roll out from carriers is still a ways off, as they often like to "test" things for a few weeks before such an update gets rolled out to roll. If you're tried this out, be sure to leave a comment or hit us up on Google+.