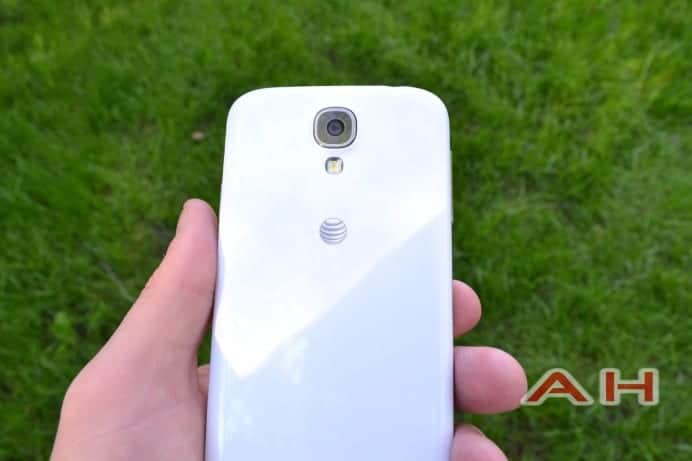 The AT&T branded Galaxy S4 is getting a pretty huge update right now, and we do mean huge. It weighs in at about 719MB. In contrast, the update to KitKat for the Nexus 7 and Nexus 10 were around 200MB of less. The update is Android 4.3, and does bring Galaxy Gear support, aka Bluetooth 4.0 Low Energy. Samsung has already begun rolling out the update to the US Cellular and Verizon versions. The build number on this one is JSS15J.1337UCUEMJ9, and also brings along some KNOX enterprise security suite features to the device as well as the latest Android 4.3 features straight from Google. Although Android 4.3 was a fairly small update on Google's side.

About a month ago, we saw leaked documents which pointed to when the Galaxy S4, Galaxy Note 2, Galaxy S4 Active and Galaxy S3 on each carrier would get the update to Android 4.3. So far all the OTA's have been landing right on time, according to that leaked document, which is awesome. I do wish that Samsung was a bit faster with updating their devices, I'd love to see the Galaxy S4 users checking out KitKat, as I've been enjoying it for about a week now and love it. 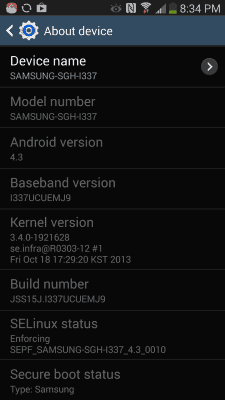 You can check for the update now, the usual way. Which is heading into Settings > About Phone > System Updates > Check for Updates. The only thing is, with AT&T, you can only check for updates once every 24 hours. Which really sucks, especially when you know an update is coming. So you may have to use Kies to get the update. Which isn't my first choice for updating a device.

Android 4.3 with Bluetooth LE support is on its way to the AT&T Galaxy S4, next up is Sprint and T-Mobile's variants. Hopefully they show up rather soon. If you can grab the update, let us know in the comments below how you're liking it.