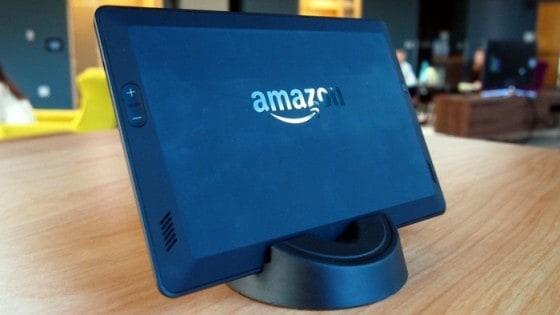 Back in September, Amazon quietly announced the Kindle Fire HDX. Which is the new line of Kindle Fire's for 2013. Of course, the 7-incher has been on sale already for a few weeks alongside the Kindle Fire HD 7-inch. Now the 8.9-inch HDX has begun shipping today.

The 8.9-inch Kindle Fire HDX starts at $379 for the 16GB model. Now there is also a 32GB and a 64GB model as well as an LTE model. The 32GB model is $429, 64GB is $479, while the 4G LTE models (that will work on AT&T and Verizon) are still in Pre-order phase. I really hope that Amazon took the time to get the Kindle Fire HDX LTE certified with Verizon. We don't want the Nexus 7 LTE fiasco all over again, or do we?

As far as the specs go, the 8.9-inch Kindle Fire HDX is sporting a 2560×1600 resolution display, which gives it a 339PPI. The HDX is also powered by a Snapdragon 800 processor clocked at 2.26GHz similar to the 7-inch version. There's also an Adreno 330 GPU inside with 2GB of RAM. Amazon has also added in a 720p front-facing camera, as well as an 8MP camera on the back for taking pictures. For those interested in taking pictures with their tablet. The rear camera is capable of 1080p video though.