Android has a strong domination of the mobile market above any other OS, even the stronger ones like iOS or Windows Phone can’t reach the mass consumption Android has achieved in these past few years.

You’ll find Android devices in all shapes, colors and sizes all over the world. From the high-end like the Galaxy S4, the HTC One or the new Nexus 5 to the low-end like a Galaxy Ace or the not-so-successful HTC ChaCha. These past few years, we’ve seen an increase in mobile operating systems trying to aim to the low-end of the market, seeing they can’t compete with the likes of Samsung, HTC, Motorola or Sony so they’re going after the cheaper markets.

Like I said before, Android is dominant in the low-end as well, however, those devices are far from giving the user a good mobile experience, most of them are laggy as hell, barely usable devices. As Android evolved, the hardware requirements for the OS increased, like any other OS in the world. This has caused that these low-end devices are not only slow and laggy but they’re also outdated in software, most of them stuck in Gingerbread or even Froyo.

That’s where companies are aiming their efforts, giving the user a good smartphone experience with low-cost devices. Operating systems like Firefox OS from Mozilla, Asha from Nokia or even the unreleased Tizen from Samsung will try to take over Android in the low-end. Google knows about this, they know that they’re a real threat to Android’s market share if even one of them becomes successful in countries like India or China who have millions of users with cheap devices. Google’s answer? Android 4.4 KitKat. The latest version of Android is optimized to run with less memory. Google has managed to evolve the OS while lowering the hardware requirements for a smooth experience. Now, cheap Android devices like the Galaxy Ace, the Sony Xperia U or the HTC One V can run the latest version of Android just like their big brothers while still giving the user a great experience with low-cost devices. Obviously, none of those three devices I just mentioned will get updated, but their new versions will be already launched with Android 4.4 KitKat. 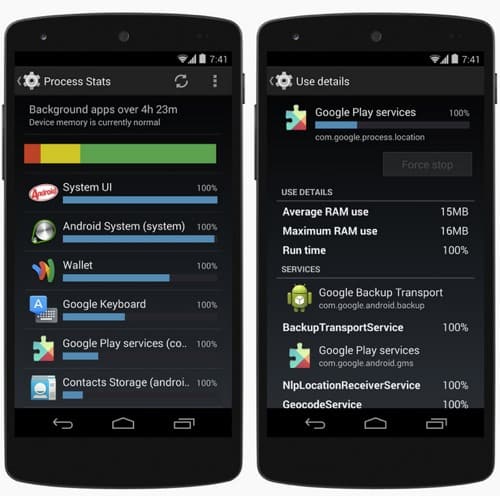 This is good for the manufacturers as well, they can code a single ROM for their devices, all using the same version with just a few modifications like hardware drivers or removing some features that are flagship only but they don’t have to think too much about versions and millions of lines of code. One version will fit every device, this means less work, fewer teams developing the ROMs and less time dedicating to a device that might not sell very good. Instead they have the devices faster in the market and every one of them will give them more profits than before.

Everybody wins, manufacturers get more money and consumers get better devices regardless of their cost. Well, not everybody actually, companies like Mozilla or Nokia (now Microsoft) will not be able to enter this markets because they won’t be able to compete with Android, not in hardware, not in smoothness and not in the app ecosystem.

Google made the right move here, securing all the spectrum of the market while still moving the platform forward. Good work guys, I’m sure the effort will pay off as Android grows stronger than ever.