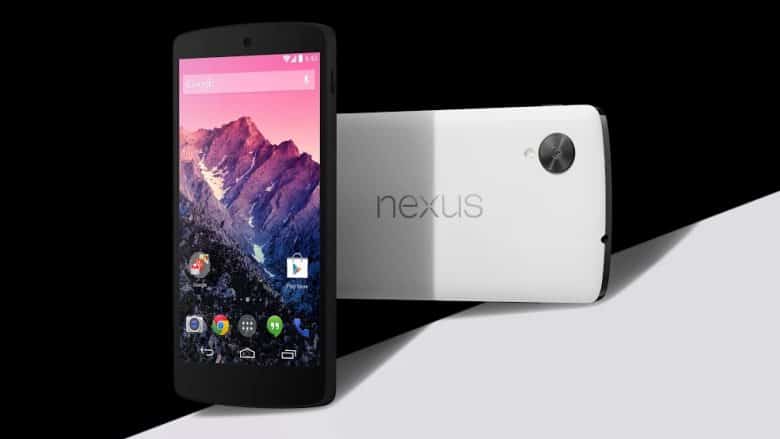 Okay, after a whirlwind of Nexus 5 frenzy yesterday, and after all of the articles written about it, today as the dust is starting to settle, we can see a little bit clearer; so let us take a little closer look at the Nexus 5. As nice as the Nexus 5 is, there is always room for improvement, so we just wanted to explore a few ideas that we think would have made the new Nexus 5 better than it already is.  These are not meant to be criticisms, only a wishlist, if you will, of a few items we would like to have seen on the Nexus 5.

This is always a sore spot with the Nexus lineup – a couple people on staff have the Nexus 4 and that is their biggest complaint…we have to continually charge the phone.  The Nexus 5 did up the battery slightly from 2100mAh to 2300mAh, but when you factor in the higher resolution screen and LTE (officially); there goes that extra 200mAh.  Why not just thrown in a 3000mAh battery and get it over with…the thickness of the device should not suffer, other manufacturers do it, and so should the Nexus 5.  Also, give us a replaceable battery – at least then we could have a spare battery to pop in as our 2300mAh quickly drains down.

I was glad to see that Google finally did away with an 8GB option, but in this day and age, 32GB should be the minimum internal storage offered, especially when they refuse to put in a microSD slot to add another 64GB of storage. Most people today use their smartphone as their main shooter for taking pictures, and we tend to never download them or clean out the duplicates – we want to keep them all on the phone to show our friends and family and those pictures take up space.  Gone are the days of carrying both, a smartphone AND an iPod – we tend to carry a lot of songs on our smartphones, and they too, take up a lot of space – so please Google, add in that microSD slot.

Okay, this is a subjective suggestion, but in a world of metal and glass, and the push for quality and crys to move away from plastic, the Nexus 5 offers little to stir the imagination – gone is the unique glass back of the Nexus 4. The Nexus 5 is your typical rectangle, plastic phone – I know; what other shape could it be, but when we constantly criticize other manufacturers' design and material choices, it seems like we cut the Nexus line a little slack when it comes to design and execution…the LARGE Nexus name and large camera "eye" are its biggest design attractions.

I would love to see the Nexus 5 offer full worldwide coverage – the U.S. version doesn't cover LTE bands 3, 7, and 20, while the EU version skips bands 2, 4, 17, 19, 25, 26 and 41, so this means that neither variant offers total coverage.  It would be nice if the pride of Google could be a true global phone, available to all.

To Google's credit, the did include Optical Image Stabilization (OIS) in the new Nexus 5, but at only 8MP we will have to wait and see the quality of photos come out on this phone.  Megapixels does not mean everything about how a camera will perform, but if you have two cameras with identical software and lenses, the one with a larger sensor is going to be able to take better shots, especially in low-light.  In a world of today's smartphones, the megapixels should certainly be in the double digits.  The Nexus 4 was not known for its photographic "prowess," and I doubt the Nexus 5 will be either.

Again, don't get me wrong, we at Androidheadlines.com love our Nexus phones, in fact several of our staffers already ordered their Nexus 5's immediately after the bell sounded.  But love them or not, ANY phone is subject to improvements, and I just wanted to throw out a few thoughts on how Google could have made a great phone even better.  Let us know in the comments or on Google+ how you feel about the Nexus 5 – love it, hate it, or can't live without it!