I have been fortunate to be one of the few users who have been allowed to test out Google Glass over the past 5 months as a Google Glass Explorer. As an insider in the program, I was on the frontline when it came to providing and listening to user feedback. It was only Monday when Google made the announcement that they would be offering a one-time replacement hardware swap to all current Glass explorers to upgrade them to the latest hardware. With the exception of an earpiece and support for corrective eyewear, not much else was reported.

Google Glass currently runs on Android 4.0 (Iced Cream Sandwich for you history buffs). This build is ancient by today’s standards and it is shocking to see it running on Glass as it is practically a Nexus. Although this has not been confirmed by Google, there are many hints below to support this theory.

Although Google reports that Glass can get users through a “typical day” of use, real world testing makes this claim fall short. I often have to charge my Glass at least twice a day. You can always tell a Glass Explorer from the average person as we normally carry at least one USB battery pack in our pockets, exceptions are made for those who play Ingress.  Glass may see a bump from Android 4.0 to 4.3 (or even 4.4) which should help to improve the battery. Glass 2.0 could also use a better chipset with better power management. 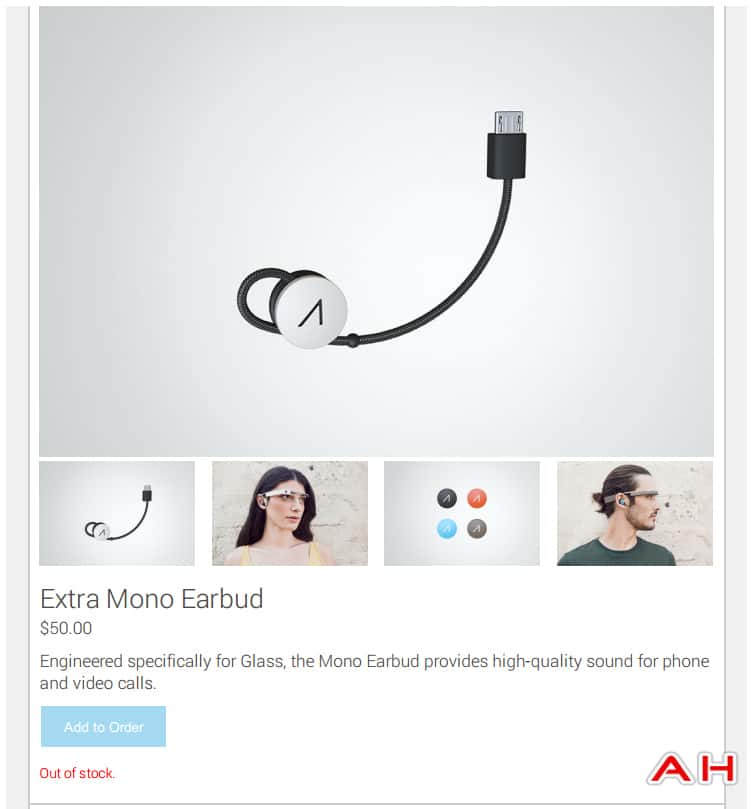 The introduction of the USB headset does further support the Android Upgrade as USB Audio Support was first introduced in Android 4.1 and Glass currently runs Android 4.0. The only other option is that Glass 2.0 contains new circuitry to allow the USB port to act as an Analog Audio Port.

From what we can tell, the physical appearance of Glass 2.0 has not changed much. This does not mean that Glass 2.0 won’t see any reinforcements in areas that are prone to breakage. Many Glass explorers are hoping for better weatherproofing as well.

Thanks to the listing for the “Clear Shield” on the new Online Glass Store, it seems that Google is making some changes to the bridge of Glass. This is likely to accommodate those who wear corrective lenses.

If these improvements happen, I would be fairly confident in saying that Glass will be ready to the mass market.