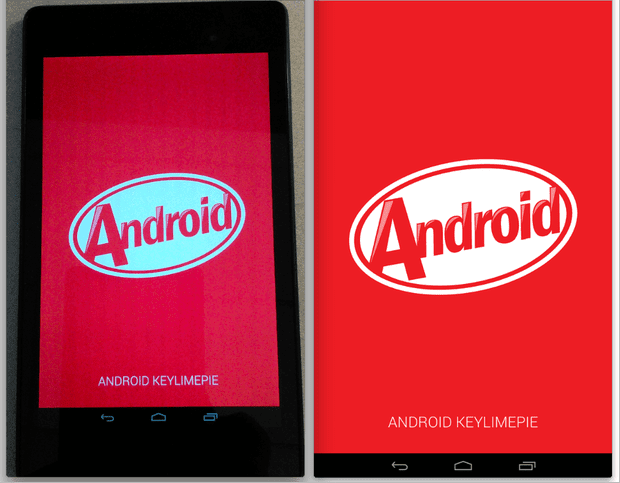 As we pretty much figured, there are plenty of builds of Android 4.4 running around out there. In fact, there are many that still say Key Lime Pie on them, which make a lot of people automatically say "fake, it says Key Lime Pie". Well that doesn't mean it's fake. Key Lime Pie was the name of Android 4.4 until they made that deal with Nestle. So as you can imagine, it takes time to get all the Key Lime Pie references out of the OS. 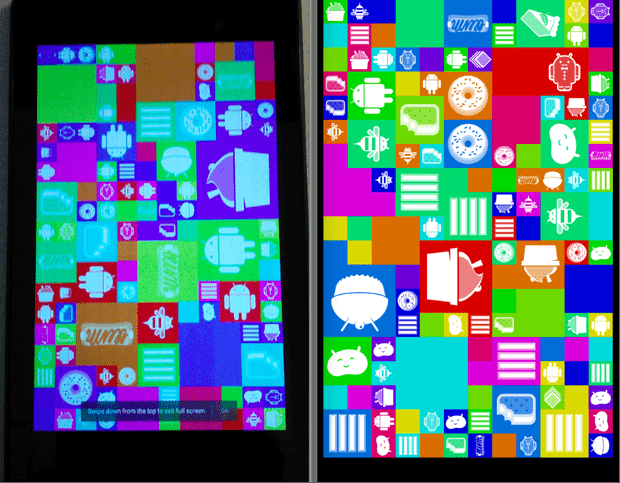 The new batch of images, coming from ZDNet don't really show much in terms of the lockscreen changes which we've seen just a few days ago. This batch of screenshots came from a Nexus 7. Which also shows the KitKat Easter Egg, which is a nice looking easter egg in my opinion. Which is the first image above. The easter egg is the word Android styled to look like the KitKat logo, then long-pressing on the Android logo will get you to a moving mosaic history of the Android nicknames all the way from Cupcake to KitKat. Although it still says Key Lime Pie at the bottom of the screen. Though I'm sure that'll be gone by the time it's finished. 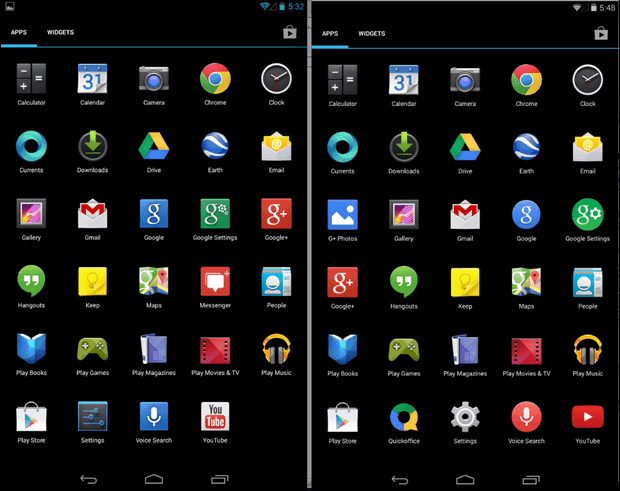 Some of the other screenshots show how the App drawer has changed. As you can tell a few of the icons are different. Most notably the Settings, Google, Google Settings and Voice Search icons. There's also another pre-installed app, which we should have seen this one coming. QuickOffice is now pre-installed, at least on this version of Android 4.4. In the setting screen there's not too much different. There's a few new settings in there, but overall the UI looks the same. Onto the clock. As you can tell the clock got a few minor changes, instead of the hour being bold it's not the same thickness as the minutes. There's also a globe icon at the bottom for different time zones. 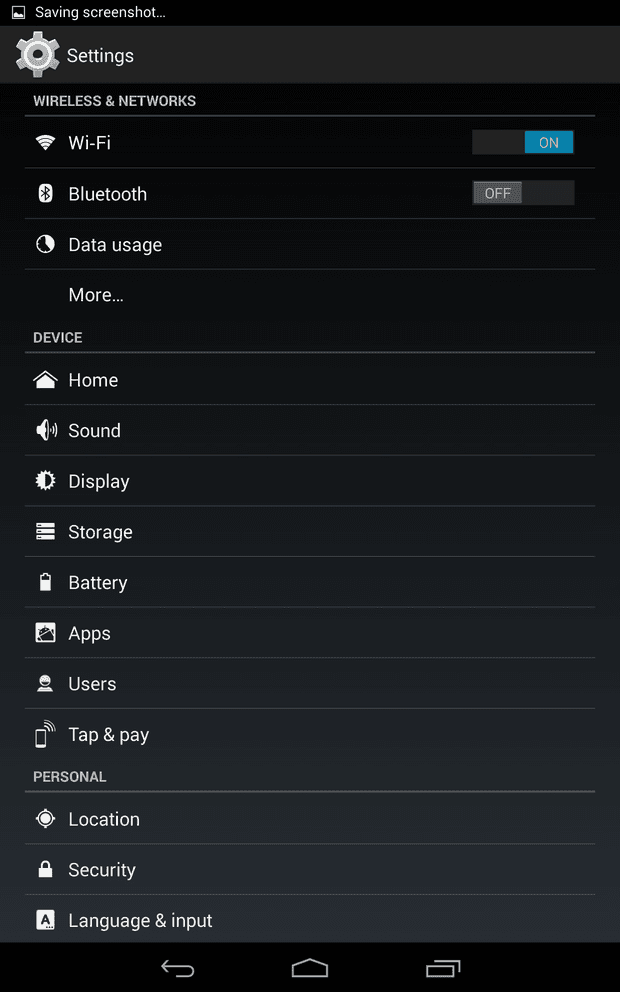 As noted already, the Downloads app looks different too. On the Nexus 7, it used to just be a simple pop-up, but now it's a full app, and is now holo-light with the correct overflow button. It looks much nicer in my opinion. 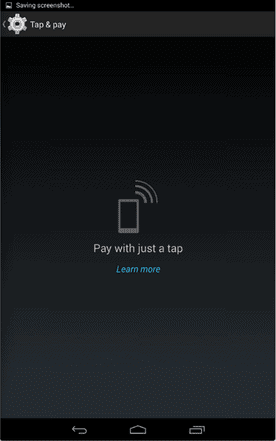 So there's plenty of new stuff in Android 4.4. The only question is when will it be made official? Well there's a rumor that it'll be announced tomorrow, but I'm beginning to really doubt that since we haven't gotten an invite to any type of press event. But who knows, last year they announced the Nexus 4, 10 and Android 4.2 through press release and gave The Verge an exclusive on it. So we'll keep our eyes and ears open tomorrow and see what we can find.