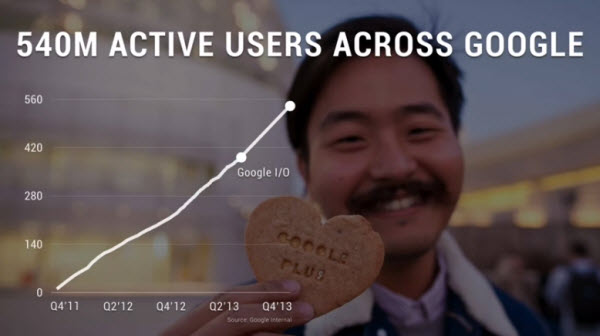 Today, Google announced some pretty big additions to Google+, they've bought SMS support to Hangouts and made videos awesome, automagically. Of course, announcing new features and updates to the social network is one thing but, Vic Gundotra stood up on stage to let us know that Google+ was growing. Not only that but, that they've been hard at work delivering the best Google+ experience that they can. Ever since it launched, Google+ has been looked upon as a sort of second-best to Facebook or Twitter but now, things might be changing, as the company reveal that their numbers have shot up since earlier this year, and the network is busier than it ever has been.

There are now 540 Million active users across all of Google, while being signed in to Google+, 300 Million of them are active within the stream. Both figures have gone up from 390 Million users across Google and 190 Million users being active in their streams. Getting people to log on and take a look at their streams is one thing but, as Facebook and Twitter know, there's more to interaction than just taking a look at what's online. 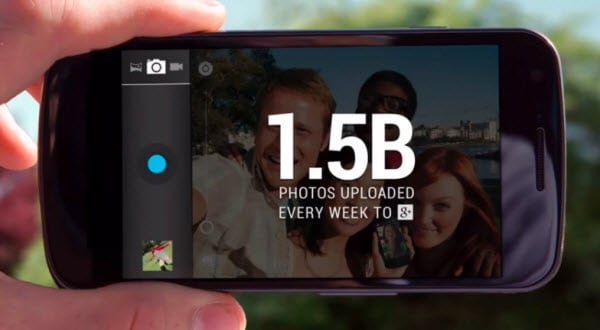 Which is why Google are proud to announce that 1.5 Billion photos are uploaded to Google+ each week. They didn't say how many of these are used within posts and, we imagine that a lot of these 1.5 Billion photos are coming from auto-backup within Android. Needless to say, that's a lot of people logging in to Google+ with their phones. Video has improved too, with a 20 times increase in the amount of videos being uploaded to the service. Which is right on time for their updates to Auto Awesome, which now supports video the same way it does photos.

As well as this, Gundotra said that the Google+ teams has been constantly working on Google+, practically rolling out a new version every day. Google+'s machine learning now recognizes 1,000 more terms when searching through untagged photos and the service has generally gotten a lot better since this year's I/O. How many of you are big plussers? Why not swing by and let us know?