Vertu has always been a very “premium” brand, and by that I mean a luxurious brand, that doesn’t necessarily have the most high-end specs on the market, and not even the most expensive materials either. Most of the value in their devices is found in the brand itself, so in other words, Vertu phones are phones for rich people.

A while ago, soon after Nokia declared that Symbian is basically dead, Vertu decided to go with Android. Going with WP8 like Nokia did would’ve made very little sense for them. Why stuck to a limited experience, when they can get all the apps their customers want, and can also have full control over the software inside their devices? 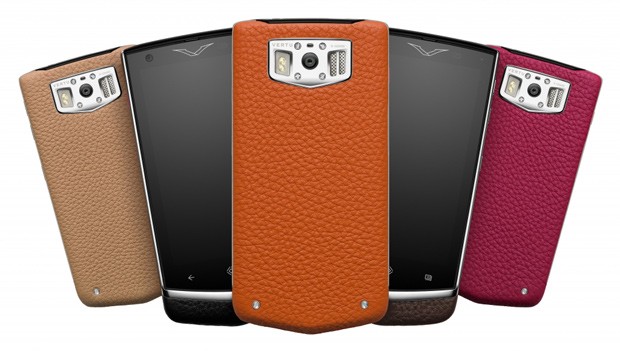 They’re now launching their second Android smartphone that seems to be more on the elegant side with multiple colors and less on the “bling” side of smartphones. The new Vertu Constellation seems to have been received very well in China and Russia:

“It tested extremely well [in study groups] in China and Russia,” said the exec. “In terms of design and appearance, it is being luxury but not too bling, too wild, too pushy, so I’m very happy and very confident.”

As I mentioned, the device won’t break any records in terms of specs. It comes with 1.7GHz dual-core S4 Pro chip, with Adreno 320, a 4.3-inch 720p display, 32 GB of storage (14 GB optional), 3MP rear camera, 1.3 MP front camera, 1,800mAh battery, Wi-fi, NFC, and Bluetooth. It’s not actually terrible in terms of specs, as it does have last year’s flagship specs, and in a way it’s understandable that they want to use hardware and software that’s pretty stable, because they don’t want to make their rich customers angry and to think that their Vertu phones don’t work well or crash a lot.

Plus, if someone is willing to pay â‚¬4,900 (about $6,630) for the Vertu Constellation, they can probably afford to buy an LG G2 or a Galaxy Note 3, if they want the best specs on the market, too. Vertu Constellation is however more of a phone that you can show off its looks and brand, than its performance. If you’re into that kind of thing, then you will be able to buy one select Vertu boutiques starting this month.