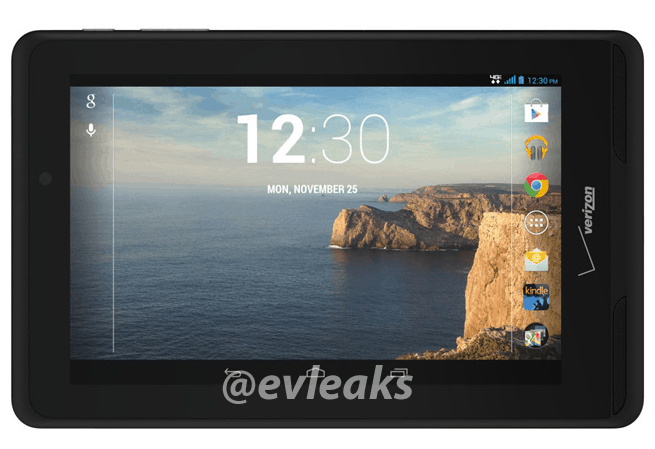 Disparaging comments flooded @evleaks published rendering of Verizon Wireless' recently trademarked tablet, "Ellipsis 7." The snapshot presents specs such as LTE, two front speakers, a front-facing camera, and stock Android Jelly Bean. Since the November 25 date shown on the image is nearly a month in the future, logic suggests this could signify a release date. Based on the Android community's reaction to the leak, it is doubtful however that the release will be met with excitement. Android users speculated that the soon-to-be released device could be the reason Verizon refused to support the Nexus 7 tablet.

Earlier this month FierceCable reported the first signs of Verizon's attempt to release its first name-branded tablet. At the time, the company refused to discuss details beyond what was in the trademark applications. Verizon wrote on its application that the new device would be able to "establish a local, wireless network" and feature "transmission of voice, data, image, and video." This suggests it may work as a Wifi hotspot, much like the Verizon Jetpack. Since the device will also include standard smartphone features, it should reduce the need to carry around an external hub simply for mobile connectivity. A device called Ellipsis 7 was also spotted in Play Store documentation stating Quanta Computer Inc. as the manufacture. The Taiwan-based company supplies Verizon with its LI170 LTE LGA module which is capable of converting any handheld device into an LTE-ready device.

Going off appearances alone, the new tablet does not seem to pack the same punch as other Verizon-offered tablets such as the Samsung Galaxy Tab 2 and the Galaxy Note 10.1. The bezel to screen ratio for example, is not as sexy as the other two devices. What it lacks in appearance however, is bound to be made up for in features since the other two devices are fossils in this rapidly advancing industry. But the question remains, will it hold up to Verizon's up and coming Samsung Galaxy Note 12.2?