It seems Sony has been growing fond of 6″ tablets, because they’re about to launch another one, although this one looks like it will target the mid-range market, instead of the high-end. The device will come with an 8-core Cortex A7 chip from Mediatek and a 720p screen, which makes it a 16:9 device instead of a 16:10 one, which is a ratio usually reserved for tablets. This tells us Sony is treating it more like a phone you can pick-up and hold in one hand, rather than two, since it should be a little narrower.

This should ultimately be seen as a the smaller and cheaper brother of the Xperia Z Ultra, but instead of a quad core Snapdragon 800, it will have an 8-core Cortex A7 CPU. The Cortex A7 is a chip meant for the low-end, but Mediatek is pushing it to become at least mid-range, by increasing its clock speed and putting 8 of them on the chip. It remains to be seen if 8 cores are any better than 4, though.

While Samsung’s Exynos 5 Octa chips are basically made out of 2 quad core clusters, one with Cortex A7 cores for low-energy tasks, and one with Cortex A15 for high-end tasks, this one has 8 Cortex A7 cores that will work full time, whenever they are needed. That implies apps will either need to be heavily multithreaded, like say the browser, or they will need to specifically take advantage of these many cores, like say in games. Otherwise, most of the cores will remain unutilized most of the time. In the end, it may be nothing more than a marketing gimmick, at least until Mediatek or Sony can prove us otherwise (synthetic benchmarks don’t count). 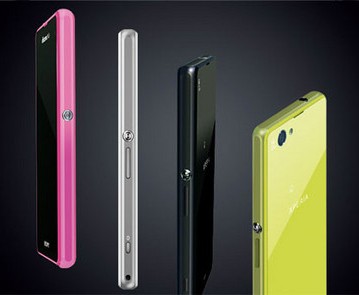 The Xperia Tianchi should be officially announced along with other devices at Sony’s main event on November 12th.  Sony also intends to unveil the Xperia Z1S, pictured above, which looks very much like the Xperia Z1f (Xperia Mini), but perhaps meant for a certain country, like China. Sony should be careful naming so many products in a very similar way, though, because at this rate they’ll have too many products with similar names, and it might confuse customers.