Skip to content
Trusted By Millions
Independent, Expert Android News You Can Trust, Since 2010
Publishing More Android Than Anyone Else
9
Today
119
This Week
480
This Month
4507
This Year
114536
All Time While the OUYA is trying to be nothing more than an Android console, the UNU is a system of devices that come together to offer a little bit of everything. At the heart of it all is a 7-inch Android tablet. This tablet can then be docked into a station connected to your TV and then through the use of a remote be used as a media device. Add-in a controller and you have three devices in one, essentially. The device was announced earlier this year at E3 and was due to ship this Summer however, it has experienced some delays and won’t be shipping until next month.

The tablet features a 7-inch 1280 x 800 display, a quad-core CPU, 1GB of RAM, 8GB of storage, HDMI output, 2 USB ports and support for up to 64GB of expandable storage via microSD cards. That should be more than enough to handle most Android games but, the UNU is aiming to be something for everyone, and everything for everyone all at the same time. Which is made evident by the pricing, which starts at $200 for the Media Bundle, which has the tablet, the dock and a remote that has a keyboard on the back. Add an extra $50 and you get yourself a controller to make this a games console. 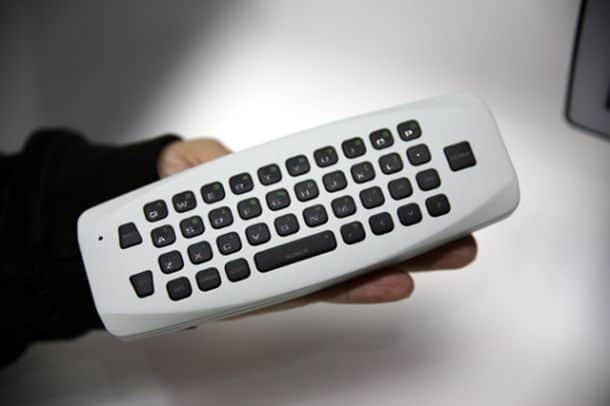 Android fans will be happy to hear that the device fully supports the Play Store, so there’s no need to buy your existing games again and you’ll have access to most titles as they launch on Android. However, it’s not perfect. Which is more to do with Android itself than the UNU. Mapping controls to controllers is notoriously tricky and even owners of the Moga would say as much. Some titles support it but, there is a vast catalogue of casual games out there that just don’t. Making the UNU something of a niche product.

For those that don’t have a Smart TV but don’t want to buy a new set this is a great idea and you can even get some light gaming in, too. So what do you guys think?