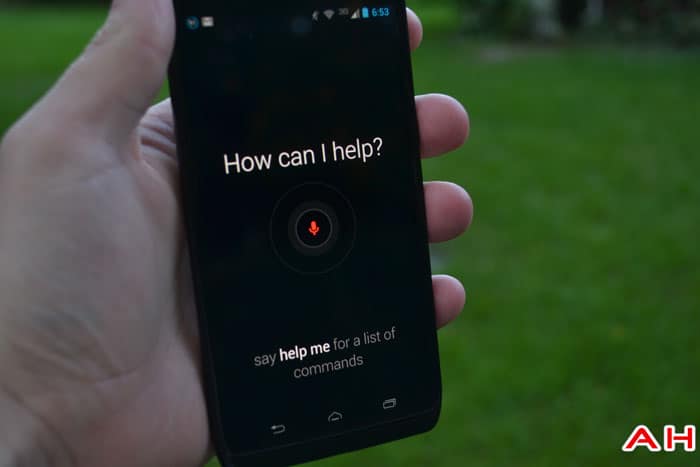 One of my favorite features from the Moto X, DROID Ultra, Mini and Maxx was the Touchless Control. As it might seem a gimmick to some people, it really works well. Especially now that you can say "Okay Google Now, find my phone" and it'll start ringing. We've seen touchless control get plenty of updates since it was released. Which is probably the biggest reason why it's in the Play Store so that Motorola can update the app without having to push out a new OTA to all the devices, beating the carriers.

I'm not sure how well this command would work, especially if you left your phone outside and you're inside saying "Okay Google Now, find my phone" I'm not sure the device would be able to hear you. Now if you're in the same room, it'll probably work out real well. Don't forget there's also still the Android Device Manager which allows you to find your phone no matter where you or your phone is, and it doesn't have to have Touchless Control.

It's great that you have this now in Touchless Control as well as Android Device Manager. Just think, a few months ago this wasn't possible at all without using a third-party app. Now I'm sure we'll see this feature in the next version of every manufacturers skin. Which might not be a bad thing. It's always good to have a backup for these types of things. The update should be rolling out via Google Play now. Remember that you won't be able to download it unless you have the Moto X, DROID Ultra, DROID Maxx, and the DROID Mini. Be sure to let us know in the comments down below how well it works out for you, or if it's just a gimmick.