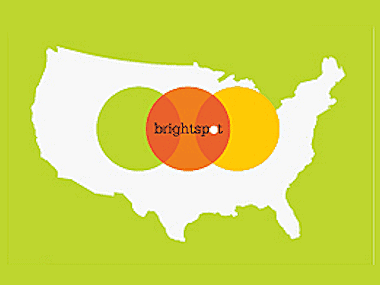 Wireless offerings seem to be coming from everyone these days. With Wal-Mart having recently unveiled their own Prepaid solution, Target is now following suit. Dubbed "Brightspot", their network will launch October 6th, this Sunday. The network will run off of T-Mobile and depending on where you are and on your outlook, that could be a good thing or a bad thing. Unlike other prepaid carriers however, Target is looking to compete on price, and of course to use Brightspot as another way of keeping their customers.

Price wise, the network will be offering Unlimited Talk and Texts for $35 a month. Not content with that? Well, there's also a $50 a month plan that includes unlimited everything. Of course, data is hardly unlimited these days and Target's Brightspot isn't going to buck that trend, with High-Speed data being capped at a paltry 1GB a month. For $50, we'd expect at least 2 or 3GB of 4G data but, at least they're honest about it, we suppose.

Target customers will get some perks, with a $25 gift voucher given for every six months you're with Brightspot and those with Target's Red Card credit card will save 5% a month on your bill. You can select a phone from Target or bring your own phone, much like you can with T-Mobile themselves. Target's VP of Electronics, John Butcher, had this to say in a statement:

"Target guests have been asking us for new mobile plan options to meet their changing needs, and Brightspot combines the flexibility of a pre-paid program with 4G data on one of the nation's premier networks,"

Overall, this is pretty uninspiring. Not because of the network's pricing, that's not too bad but, 1GB of high-speed data a month? That's not a lot and anyone who has bought a smartphone in the last year or so won't be happy to see that their 4G capable device is essentially crippled on Brightspot. However, this is a simple offering from a trusted brand for many and it might make sense for other family members or for those not too interested in watching Netflix over 4G.