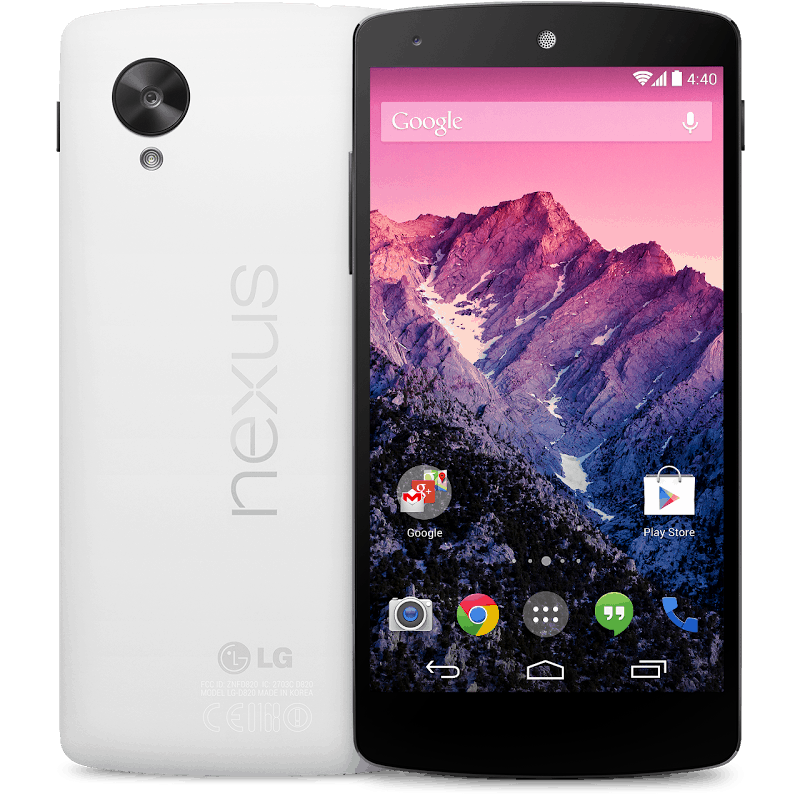 Google’s new Nexus 5 is not only the hottest new phone on the block, but it’s also available on nearly every major US carrier too.  For the first time in nearly 2 years a Nexus device is making its way onto Sprint shores, meaning that Sprint customers can now get the Nexus 5 starting November 8th.  Sprint’s Nexus 5 pre-order campaign starts tomorrow, November 1st, and you’ll be able to pre-order it on their official Nexus 5 website right here.  While the page isn’t currently live, we do have pricing information for you in case you were curious.  The 16GB Nexus 5 will set you back $199 and comes with a $50 rebate, meaning the final price of the newest, hottest Google phone is a measly $149.  If you’re on Sprint’s One Up service or were planning on switching to it for the Nexus 5, the phone will cost you $18.75 per month (pre-taxes).  Of course you’re going to have to sign a 2-year contract to get the phone, but them’s the breaks if you want to stick with any US carrier outside of T-Mobile.

The Nexus 5 isn’t just a powerhouse under the hood, it’s also going to be able to take advantage of Sprint’s new Spark tri-band LTE network, which currently gives users 50-60Mbps downloads and is expandable to 1Gbps.  While it’s only available in 5 cities for now, Sprint is planning to expand that coverage to over 100 cities by the end of 2014.  The Nexus 5 is the first phone to ship with the new Android 4.4 KitKat, and is likely the quickest way to get the new OS update from Google.  You’ll also find a brand new upgraded 8 megapixel camera on the Nexus 5 that comes with Optical Image Stabilization, something that was quickly popularized with the launch of the LG G2 just last month.  It also ships with a bigger lens to let in more light, so you’re guaranteed to get much better pictures than with previous Nexus devices.  $149 on contract is a great price for Sprint users, so be sure to jump on that official Nexus 5 page tomorrow and get it pre-ordered!