If you are an owner of the Sprint Galaxy Note 3 and are you noticing serious call quality issues or dropped calls? If so, you are not alone.

Sprint's own customer service forums have been flooded with complaints from new Note 3 customers in reference to "popping", "cracking" and general call drops. We can confirm that this is only happening with the Note 3 and not other Sprint phones and that it is not isolated to a specific region of the country.  The reports started coming in a few days ago.

Although this flaw makes the phone unusable … at least as a phone, it does not seem to be hardware related as VoIP calls over WiFi are clear. This would mean that a fix is likely to come from an OTA Upgrade rather than a hardware replacement. Unfortunately until a fix comes, you can forget making phone calls on your monstrous phone. 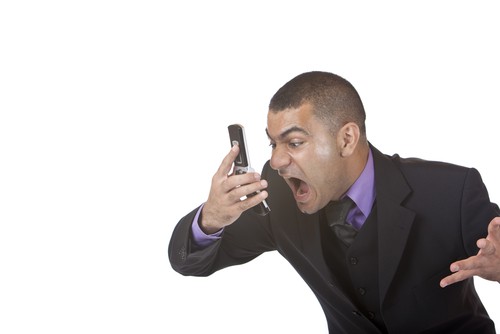 Users experiencing this issue have tested with headsets, bluetooth headsets and their speakerphone, all of which run into the same problem. The issue seems to be impacting both colors of the phone and still persists after a factory reset. Some users in Sprint's forums are mentioning a possible recall however this has yet to be confirmed by Sprint or Samsung.

What is interesting is the problem appears to have been introduced shortly after launch as early Sprint review devices did not initially have this problem prior to the official launch.

Aside from a software flaw, it is also possible that the issue may exist on Sprint's network, which is not known to be the most stable at this moment. There are some doubts to this theory as the issue would likely impact other phones if the issue is network facing.

Sprint is currently investigating the matter but In the mean time, outraged customers are threatening to return their phones for other models or even leaving the struggling carrier. Sprint will likely need to perform some serious damage control.

Trusted By Millions
Independent, Expert Android News You Can Trust, Since 2010
Publishing More Android Than Anyone Else
4
Today
34
This Week
214
This Month
1487
This Year
111587
All Time