For a long time now Sony has been trying to get their Xperia smartphone lineup into the hearts and minds of people everywhere.  This past year we saw the launch of the Xperia Z, which was followed up by the rather incredible Xperia Z1 just this past month.  Sony went all out with the Xperia Z1, not only improving on the waterproof/dustproof/shatter resistant nature of the Xperia Z, but improving the processor to today's highest-end Snapdragon 800, as well as packing in the biggest camera on an Android smartphone right now, a 20.7 megapixel beast.  With this move, along with releasing the mighty Xperia Z Ultra and the soon-to-be Xperia Z1s, Sony is showing other Android manufacturers that different sizes can pack different features, but can all still be powered by the same top-of-the-line chipset so that the overall experience isn't ruined.  People have been taking notice too, as Sony's second-quarter 2013 financial results show a massive increase in sales in the smartphone area, besting last year's sales by 39.3%.  That's a pretty impressive year-over-year return for any company, and it's showing just how right Sony's strategy is. 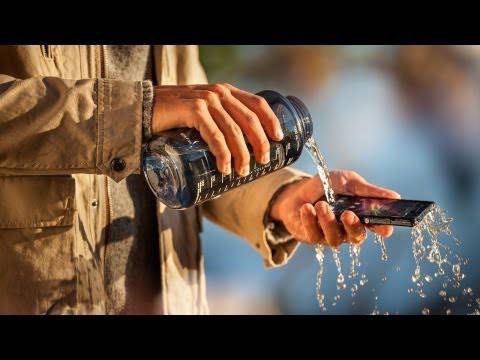 While Sony is entrenched in many different electronics markets, many of them are declining as smartphones and tablets rise in popularity.  Cameras are a great example, of which Sony camera sales dropped 6.9% from the sale time last year, losing a total of $24 million for the company.  TV sales have risen, but unfortunately due to restructuring and things like R&D costs, that division still lost $123 million.  Their movie division didn't do so well either, citing multiple flops over the summer blockbuster session.  Their gaming department made a similar loss, but only losing $8 million, mostly citing the move to the next-generation PS4 in the coming weeks and the losses from the poor-selling Vita.

Overall Sony cut its annual profit forecast from 50 billion Yen (~$508 million) to 30 billion Yen (~$305 million), which means that its other divisions are more than making up for the failures of the above.  Still with all the success Sony has been having in the smartphone market, they still have yet to break ground on US soil in a big way.  There's a fairly substantial rumor that the Xperia Z1 will make its way to T-Mobile this year, but overall Sony has even stated that the US isn't a priority right now.  This is really a sad thing for US consumers because of Sony's quality phone design, but given the state of most US carriers and how they like to screw with phones from "smaller" OEMs like Sony, it's no surprise to see them sticking with a company like T-Mobile who generally doesn't do that.  Let's hope they make a change soon.