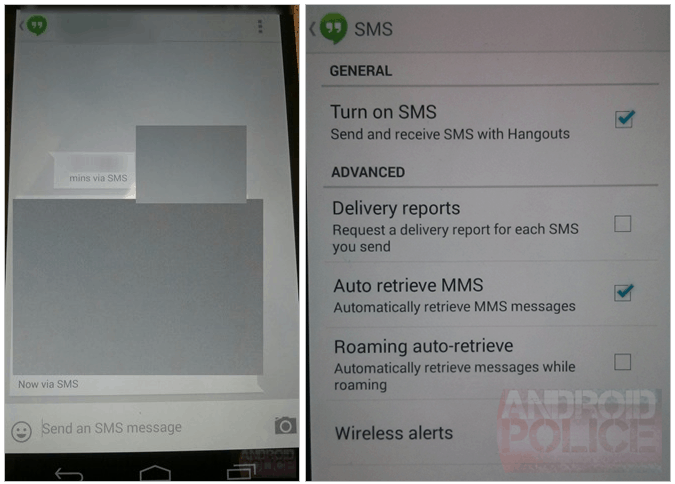 We’ve heard this rumor before, in fact it’s from the same guy. Artem, the founder of Android Police, has all but confirmed that the next version of Hangouts will feature SMS/MMS integration as well as Video Sharing capabilities. Hangouts was announced back at Google I/O to unify all of Google’s messaging services. Except it didn’t unify them all. We went from Google+ Messenger, Google Talk, Messages, Google Voice, to Hangouts, Messages and Google Voice, and now it looks like with this new version of Hangouts we’ll be down to Hangouts and Google Voice. So we’re getting there.

It appears from the images above, that messages sent vis SMS will shows as “via SMS” next to the timestamp, so you can see which messages are SMS and which are just plain old IMs. It also looks like you’ll be able to do MMS, but we aren’t sure about videos through MMS just yet. Although this new version of Hangouts is said to be able to allow you to share videos via the Hangout protocol. 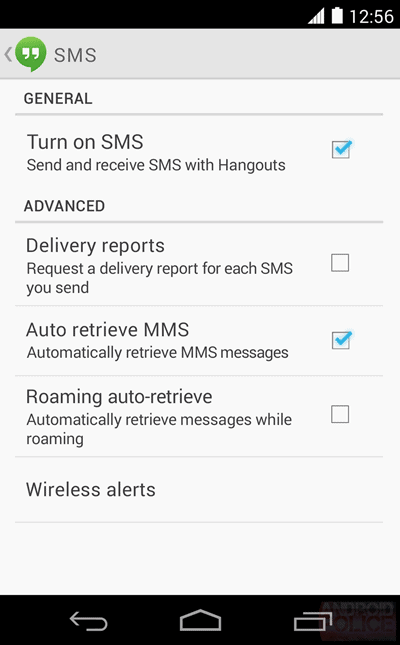 There’s also another screenshot above which shows the settings. And if you look at the status bar it looks like we will see a change in the icon colors. It looks like it’s white and not the Holo-Blue we are so used too. This mockup was actually created by Liam over at Android Police, and is based on the image above, and other leaked KitKat images.

So we’re getting closer to a full on unified messaging service. I still think it should have been this way when Hangouts was announced. But I do understand these things take time. What I’m also interested in is when will Google Voice get fully integrated? Google has said Hangouts is the future of Voice. But when will it get fully integrated? We have no idea. The Google Voice app hasn’t really been updated in a while. We’ve seen small bug fixes and security updates, but that’s about it in the past year for Google Voice.