Rumors of Samsung coming out with a 12.2-inch tablet have been swirling around since August and last month we received somewhat of a “confirmation” of the device.  Samsung seems to think there is a need for a 12.2-inch tablet, although the industry is not swirling with anticipation like it is for the Nexus 10 – but this is Samsung, and they seem to like a size to cover everybody’s need. We saw the following picture last month along with a Bluetooth SIG certification:

Now it seems that days after a Wi-Fi model received its Bluetooth SIG, another model, a LTE model, SM-P905V, has been given its certification as well.  The “V” at the end almost certainly signifies this Galaxy Note 12.2 will be headed to the largest U.S. carrier, Verizon.  More evidence from a tweet from Adam Lange: 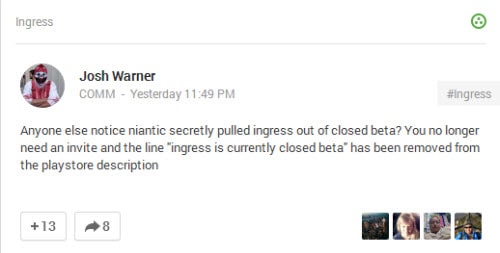 Then we have the official SM-P905V Bluetooth SIG shot from their website: 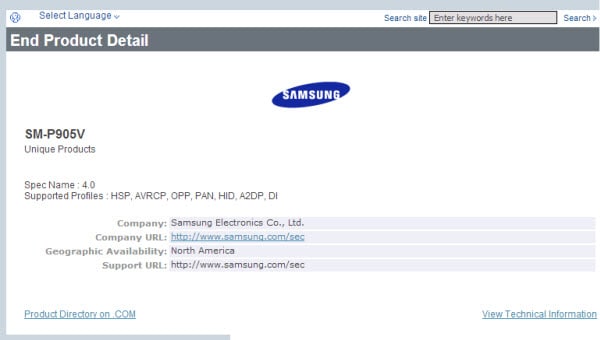 Not much is known about the specifications of this yet unannounced Galaxy Note 12.2 tablet, but the international LTE model (SM-P905) went through testing and was benchmarked at AnTuTu with an impressive 35,901 points:

With a score this high it is probably the Qualcomm Snapdragon 800 Quad-Core processor, as the Samsung Exynos does not support the the LTE services as of now.  We also do not have any idea how much memory, or what the display resolution will be at this time – hopefully, if Samsung is putting out a tablet this large and expensive (as all Samsung tablets seem to be) it will have flagship type specifications.

We still have not heard the definitive word from Samsung or Verizon so we will just have to take the old “wait and see” attitude for now, but this information certainly confirms that Samsung will “bless” us with a 12.2 tablet and that it will be sold on Verizon, at least to start. We will also have to see which version of Android this Galaxy Note 12.2 will be sporting when it arrives – hopefully, this late in the game, it will have the newest Android 4.4 KitKat, although arriving with Android 4.3 Jelly Bean would not be out of the question – anything less would be a big failure.

Let us know in the comments or on Google+ if you would be interested in a 12.2-inch tablet or a Samsung tablet, in general.