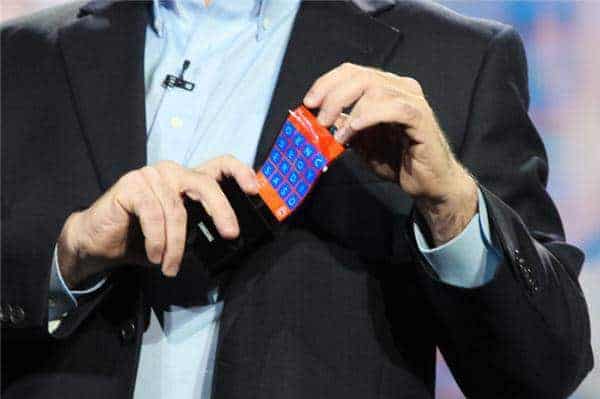 There's nothing like a good, old-fashioned rivalry and the rivalry between Samsung and LG is about to heat up this Fall. Or at least, that's what the South Korean press would have us believe. We've been hearing rumors that LG is ready to announce and launch their first device with a flexible display, the G Flex soon. Which would give LG the advantage or at least, "first blood" when it comes to flexible displays in mobile devices. Samsung aren't about to let LG beat them at their own game however, and so it's no surprise that reports of Samsung's first flexible display-touting device are coming in from Korea.

According to Asiae.co.kr, Samsung's first device of this nature could be called the Galaxy Round. Much like PhoneArena, we're not that clued up on our Korean and as good a job as Google does, there's not much information that can be gleamed from the article. However, we should expect specifications close to that of the Note 3, which probably has a lot to do with rumors of a Note 3 featuring a flexible display that were circling a little while ago.

While the announcement is slated for sometime this week, that seems a little optimistic to us but, we'll have to wait and see. If LG is hoping to "one-up" Samsung, we have no doubt Samsung can move quickly to prevent such a thing. Or at least, try.

While a plastic substrate delivers cheaper manufacturing costs, the R&D costs that Samsung put into developing the technology in the first place is likely to dictate pricing for the apparently limited run of the Galaxy Round. Speaking of which, we're not so sure that this is the name that Samsung will be going with but, we can't tell any better from the machine translation.

With both LG and Samsung now said to be launching devices with flexible displays this Fall, we could be witnessing the beginning of some real innovation in the mobile market. Maybe not for another year but, we could soon start to see devices with new shapes and features emerge as a result of these plastic substrates used in flexible displays. Samsung and LG have been at each other's throats for year's now and it's good to see that competition between the two isn't waning.