In an unforeseen move, Samsung’s Chief Product Officer, Ken Packingham has left Samsung, and it is unclear at this time what led to his departure. Samsung spokespeople declined to provide any details whether his exit was voluntary or if he was asked to leave. The New York Times was the first to break the story, but later confirmed it to Business Insider:

Samsung spokesperson Jessica Redman said, “Kevin Packingham has departed Samsung Mobile. We thank Kevin for his contributions and wish him well in his future endeavors.” Packingham, himself, has issued no statement. 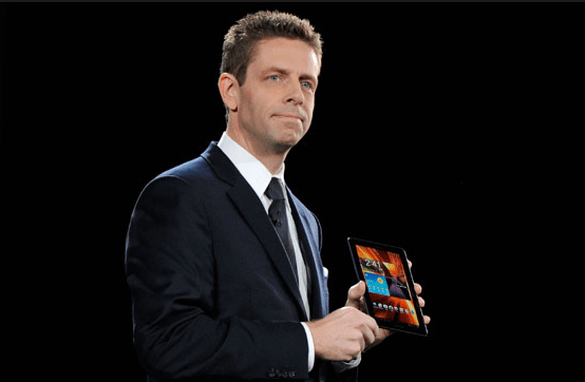 Packingham had worked for Samsung for two years and was involved with the launching of the original Galaxy Note, as well as the Note 2 and the just released Note 3, Galaxy S3, and Galaxy S4. He spoke at a Business Insider’s IGNITION Mobile conference and was asked about Samsung’s relationship with Google, as Google felt a little tentative towards Samsung since they were developing their own Tizen OS and seemed to be flexing their independent muscles. Packingham said, “The Google relationship has gotten stronger over the last two years,” and he also had high praised for Google’s new Android boss Sundar Pichai.

In addition to his involvement with some of Samsung’s major devices, Packingham also dealt with the many carriers and emphasized that Samsung took a different approach than other manufacturers when it comes to the advertising or pushing of their products. The carrier not only has to sell the products but also contribute to their advertising, and by absorbing more of the advertising cost themselves, Samsung took some of the burden off the carrier. This almost guaranteed that people would come into the dealers to purchase their products, making it easier for the Verizon’s and AT&T’s to sell Samsung devices.

Before coming to Samsung, Packingham was Chief Executive of Amerilink Telecom, a small company that unsuccessfully tried to bring in the Chinese company, Huawei, in as a vendor for Sprint Nextel and before that he was a product Executive for Sprint. There is no word on where he may be headed at this point.