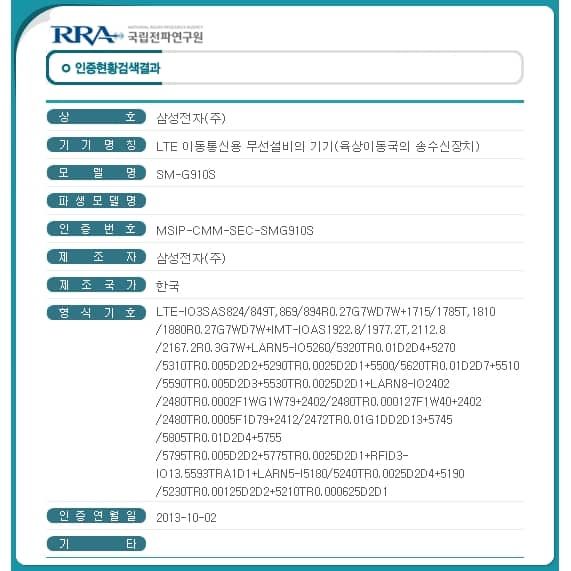 We’ve started hearing rumors about the Galaxy Round this past week. Which is said to be Samsung’s first device with a flexible display. There was also a trademark filed with the USPTO for the name of the Galaxy Round. Now there is a mysterious SM-G910S device that has gotten its certification over in Korea.

Right now the Galaxy Round is supposedly going to be announced in Samsung’s homeland first, which is Korea. This certification could lead to the announcement of the world’s first handset with a flexible OLED display. Now if you haven’t read our post yesterday shooting down all the rumors of flexible displays, you’re going to want to do that before you get too excited. The Round moniker might also go for the Galaxy Note 3 version with a flexible display, which has been rumored since before the Galaxy Note 3 was announced last month. The certification specs actually closely mimic the Galaxy Note 3’s specs.

LG has already announced a 6-inch flexible panel, but the G Flex handset is not expected to be announced until next month. So right now all eyes are on Samsung to see which Korean manufacturer can be first with a flexible display device. Of course, as with the Galaxy Gear, being first isn’t always a good thing. Being first with a great device is, however. They showed off a 5.7-inch Full HD AMOLED with plastic substrate yesterday, so that’s what we are expecting to go into the Galaxy Round alongside a Snapdragon 800, 3GB of RAM and other top-of-the-line specs we see in the Galaxy Note 3 already. 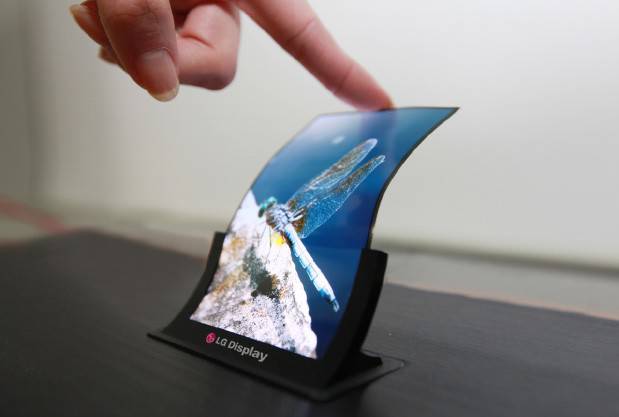 We don’t know a whole lot about this device so far, but we do know a lot about flexible displays. Since both Samsung and LG were showing off their flexible displays back at CES in January, it’s been a very popular topic ever since. But the real question is, what will they do with them? It seems like the type of technology that’s a “must have” just because it’s cool. Not because it’ll be unbreakable, or allow you to fold your phone up. What do you think?