It's been a sine wave for Samsung when it comes to their success; with issues from frivolous lawsuits from Apple, their toe to toe competition with HTC, and their dynamic leap of faith with the Galaxy Gear. Now Samsung is taking a step forward in their app development department. As of today, Samsung has rolled out development kits to assist developers in app creation for Samsung devices. All of the kits seem to focus on the support and implementation of multi-screen activities.

This SDK holds an allowance factor related to ease for developers to create and maintain a systematic process for pairing devices and inter-device sharing. This is a step toward an entire Samsung experience, looking to the future of gadgetry that stands apart from other companies hosting Android. They are looking for a method in which a user can intertwine all of his/her devices to create a Samsung environment within their home and on the road. As it stands currently, Samsung already has the devices in place, but they are inter-communicatively lacking. This SDK is meant to help tie the devices together and close some gaping holes in the communication between devices.

The second SDK is for multi-screen gaming. You can view this as a 'next-tier' or 'higher layer' SDK in that it is built off the previous. The intent of this one is simple; it allows the user to cast their games to large-screen TVs while their Samsung device doubles as the console. While users can already do this with various technologies and apps, this would allow Samsung users to do it directly from and with their device.

Next, we move into what is being coined the streamlined Samsung Mobile SDK. This is more so a combination of kits, including the new generation of S-Pen, media control (which would assumedly assist with the previous kit), and audio control. 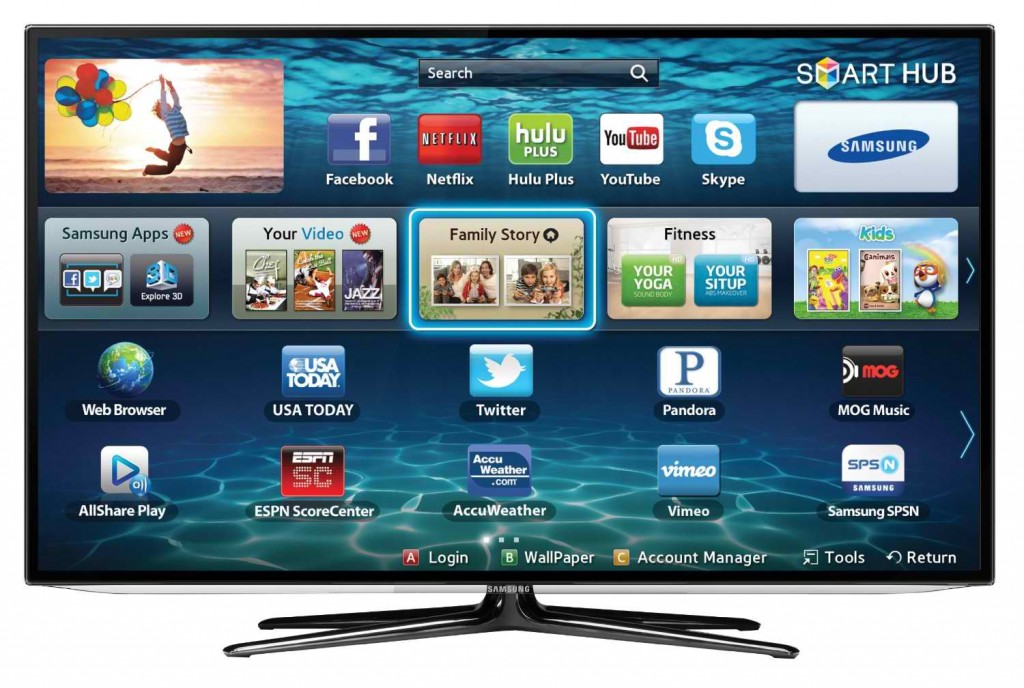 The fourth in the line-up is the Samsung Smart TV SDK. This opens up the ability for developers and content partners to create apps for Samsung's Smart TVs. They're looking ahead with this one, including WebEngine 2014 in order to support next year's TV releases. It also includes Samsung Connect for multi-screen support (seeing a pattern?). There are a few tweaks that have gone into this package as well, including subtitle support (closed-captioning) and improved content filtering.

The final pack in the list is the Samsung KNOX SDK. This is primarily for security and management. It enables and allows enterprises to support BYOD (Bring Your Own Device) while maintaining personal and corporate security and employee privacy.

"We are clearing a path for creative developers who want to participate in this multi-screen future, and the SDKs we are releasing today give them a way to start creating multi-screen, and take advantage of our leadership across so many screens."

This is a pretty big jump forward for Samsung as they adapt current technologies and push them further into the corporate structure. Personally, I don't appreciate proprietary systems (it's one of the main reasons I don't like Apple). However, being that it is based off Android, even though it will be proprietary to Samsung devices, it still allows independent developers the opportunity to write, manage, and implement applications for various purposes. It doesn't close out the creativity of the developers themselves. The ability for inter-device communication is becoming almost a necessity in the world of mobile device users, and the fact that Galaxy Gear will also be included in this internal network can only help to push it forward as well. What concerns me the most however, is what the overall requirement will be if a Samsung user wished to use the new features coming to his/her devices. Would the home need to be completely Samsung, or will there be a cross-platform compatibility? Would I need to replace my 52-inch Philips plasma with a Samsung Smart TV? To incorporate that type of necessity seems almost wasteful, but even still, I couldn't fault them for trying to sell more of their name to the masses. That is, after all the intent of a business. No matter the "what-if"s, these new SDKs should assist app developers to more easily create and implement more stable, secure, and desirable multi-device apps. And that's what matters here.

Advertisement
Trusted By Millions
Independent, Expert Android News You Can Trust, Since 2010
Publishing More Android Than Anyone Else
5
Today
34
This Week
648
This Month
1826
This Year
103305
All Time
Advertisement