The wearable tech space is set to explode next year. Not only are we seeing smartwatches from several companies, but glasses similar to Google Glass are popping up all over the place too. Sony, Microsoft, and Apple are all working on glasses of their own. It’s been discovered that Samsung is working on their own “sports glasses” in a Korean patent filing from earlier this year. 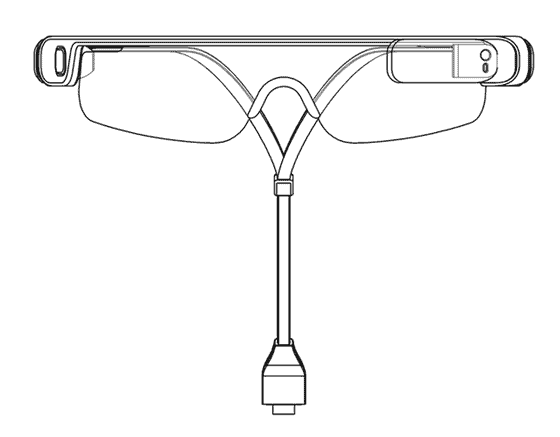 The patent was granted full registered status this month and was uncovered by The Wall Street Journal. The design patent shows us a pair of “sports glasses” that have what look like transparent frames. There are buttons on the side of the device and a front panel that looks like it has a camera on it. The glasses can be paired with a smartphone and may be able to be controlled by a phone too. We also see built-in earphones that could let users take phone calls or listen to music. Samsung’s sport glasses also have what look like wires on both sides that connect in the back with a connective plug. The patent filing may just be a concept at this point, but Samsung more than likely has working prototypes and could be moving towards a consumer release. A description of the glasses sounds a lot like the Galaxy Gear, and these glasses look to be aimed at athletes and users who want something for use during workouts. A memo attached to several of the design drawings reads:

“This design is of a type [of glasses] with earphones integrated, allowing [users] to take phone calls and listen to music during workouts”

This isn’t Samsung’s first foray into some type of augmented-reality glasses. Samsung helped to set up a standardized 3D glasses project back in 2011. The project never found much traction and eventually fizzled out. Some of the issue with that initiative may have simply been timing. With the wearable technology space about to blow up, Samsung could find some success with this device. They will also be competing with major players like Apple and Microsoft, and other glasses designs like the Vuzix Smart Glasses M100 that should be available before the end of the year.