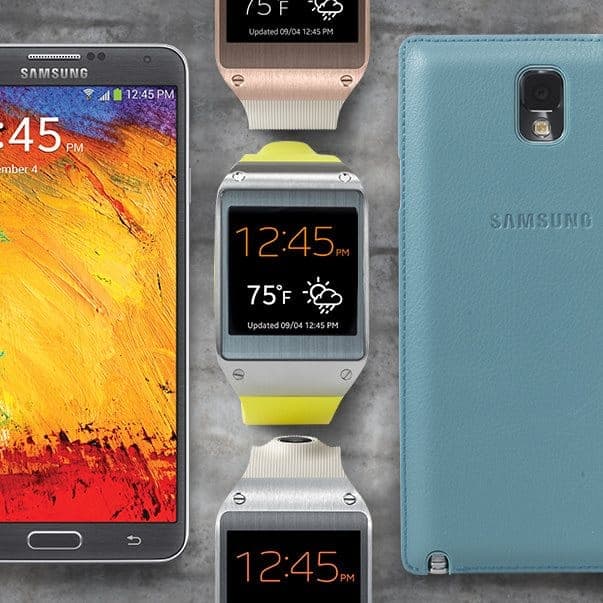 In a move that was a big disappointment to many people, besides the price, Samsung released its long rumored Galaxy Gear smartwatch – but claimed it was only compatible with the new Galaxy Note 3 and the Galaxy Note 10.1 (2014 edition) tablet, promising that it will eventually work with non-Galaxy smartphones.  The question is, why did Samsung tie it in so tightly with the Galaxy Note 3's release?  Many think it was a ploy to sell more Galaxy Note 3's, but Samsung already knew they would sell 10's of millions Galaxy Note 3s – I think it was more a ploy to sell more of the Galaxy Gear watch, a new device with a hefty price tag and unknown virtues, knowing that many Galaxy note 3 buyers would be "sucked" into buying the Galaxy Gear with their new Smartphone.  In another article, Samsung had already predicted that for every 10 Galaxy Note 3's that were sold, they would sell 2-3 Galaxy Gear devices, so it looks like Samsung already was already "doing the math" on the joint sales plan.

Samsung claims it will eventually work their Galaxy S3, S4, and Note 2 smartphones as soon as they receive their Android 4.3 upgrade.  Samsung also claims Galaxy gear will eventually work with other branded smartphones that have BOTH Android 4.3 and support Bluetooth 4.0 LE, however, not all features will work because some of them are proprietary and tied in with Samsung's UI, TouchWiz…sounds like something Apple would do.  Are all manufacturers going to do this – force you to buy both the same brand smartphone and smartwatch in order to increase sales of both devices.

Many manufacturers have been including support for the Bluetooth 4.0 LE for quite sometime, so it made it even more puzzling that Galaxy Gear would be locked into Samsung only devices.  Our good friends over at XDA Developers, got a hold of the Galaxy Gear apk file and some of its followers are experimenting with other branded smartphones.  One such person was able to get it running, sans S-Voice, on an HTC One running the ojm ROM…when they tried on the stock HTC One, a "validation check failed" error message would appear: 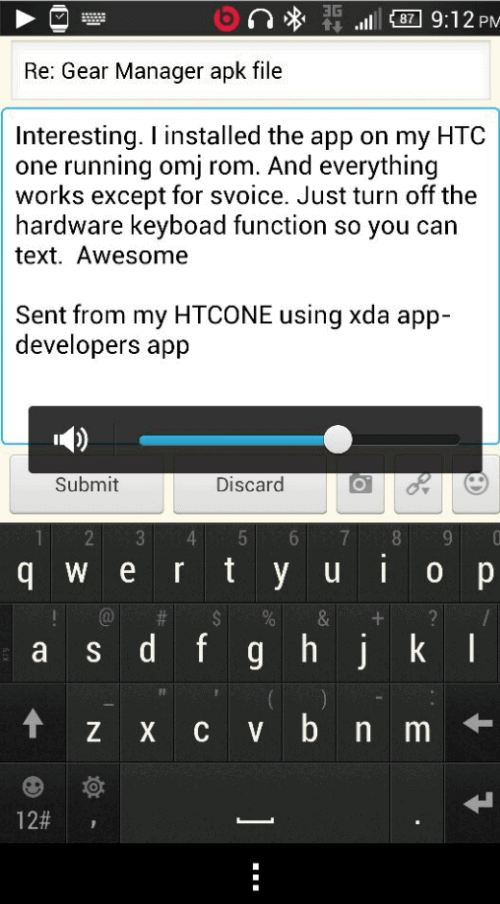 It seems that Samsung would have to do very little to allow their Galaxy gear work with non-Samsung branded smartphones, and hopefully they will do that in the near future, perhaps with the Galaxy Gear 2, rumoured already to be unveiled at CES 2014.  Is it possible that Samsung is "testing the waters" with the Galaxy Gear to see how well it sells, did they pair it up with the Galaxy Note 3 to sell more Note 3's or more Gears, or did Samsung want to work the "bugs" out with a less critical Galaxy Note 3 audience as they develop the Gear 2 for mass selling.  Nobody knows for sure but Samsung, and they are not talking!  What do you think about the present Galaxy Note 3 and Galaxy Gear exclusivity…would you consider buying a Gear if it worked with your smartphone? 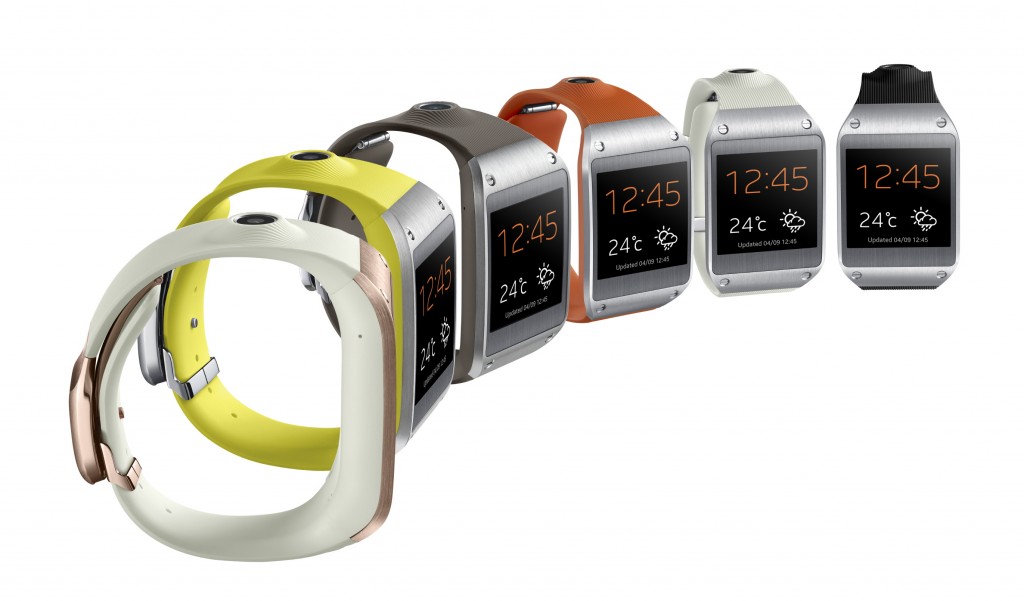